By NewsroomJanuary 26, 2022Wildlife Trade
No Comments 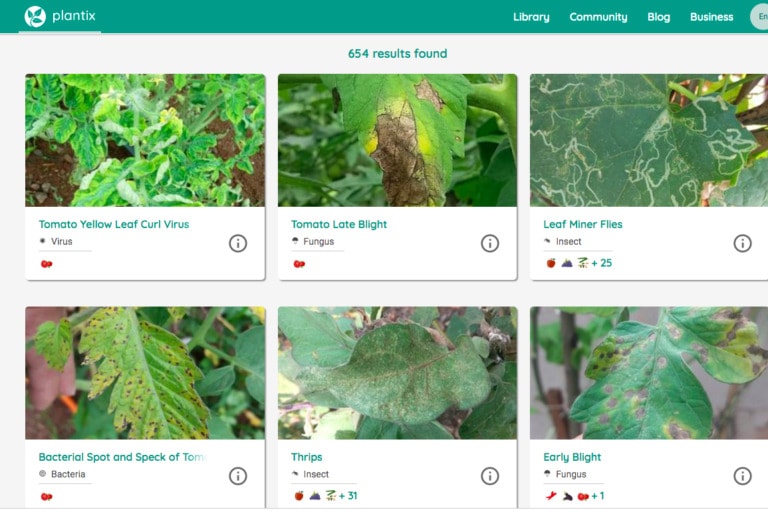 The Plantix app. Image: As originally published by Mongabay

Investments in citizen reporting tools could provide crucial data on the status of species and trade of their commercial products, a report by scientists from Kumaon University in the Himalayan state of Uttarakhand and the University of Sydney, in the journal Trees, Forests and People says.

The ecologically-rich Himalayas are “particularly susceptible to biodiversity loss” because of their vulnerability to climate change and natural hazards and a fragmented system of governance across multiple boundaries within and outside the countries that form part of the mountain chain, the report says.

The new paper “makes a very strong and cogent case. The authors are also very realistic in highlighting the challenges in using the apps,” Kamal Bawa, president of Bengaluru-based Ashoka Trust for Research in Ecology and the Environment (ATREE) and distinguished professor emeritus at the University of Massachusetts, Boston, told Mongabay-India. “Apps are needed to benefit people for nature-based livelihoods and heal our planet,” he says.

Citizen scientists use the ubiquitous smartphone to record visual, audio, and geographical information precisely. While citizens’ efforts to gather data are voluntary and unpaid, they often record the unusual, and professional researchers oversee and analyse the data.

This arrangement enables researchers to collect large volumes of data at a low cost while also engaging the public in science-related issues. Several such citizen apps exist, some working in tandem with scientific institutions. For example, the Plantix app, which enables farmers to identify crop diseases, enlisted the help of Indian agronomists to build its initial image database and train the app’s deep neural network.

Other popular dedicated apps include iSpot, CitSci, Cybertracker and eBird, but postings to social media apps can also be mined via their metadata. eBird became the world’s largest citizen science community, in which bird migrations are traced across continents

Wildlife trafficking in the Himalayas

The biodiversity-rich Himalayas account for nearly half (50%) of India’s flowering plants and birds; and almost two-thirds (65%) of the mammalian species; more than a third of the country’s reptiles (35%) and amphibians (36%) and 17% fishes.

The skin, bones, and body parts of the snow leopard and common leopard; gall bladder of the Himalayan brown bear and Asiatic black bear; musk pods of various species of musk deer, the fur of wolves and leopards; as well as various pheasants such as the Western tragopan and the Himalayan monal are some of the commonly illegally trafficked items from the Himalayas.

In 2019 the United Nations Environment Programme (UNEP) reported that in India, illegal wildlife trade is “expanding rapidly, driven by demand for rare species – headed for the pet market – as well as for species believed to have medicinal properties.” It says that the main consumer markets are China and South East Asia, but live animals or their parts are also smuggled to the Gulf, Europe and Northern America. Beyond India, the main transit countries are Nepal, Bangladesh, Bhutan, Sri Lanka and Myanmar, the UNEP report says.

The 2020 World Wildlife Crime Report found that along with threatening endangered species, wildlife crimes and exploitation of nature can promote climate change as well as negatively impact public health because of zoonotic disease transmissions.

The new report on citizen apps says that better data will help identify complicit communities and links to illegal trade. For the app to be viable, data collection must be multilingual, adaptive to different trade structures across communities, and relevant to different ecological biomes.

Citizen science is not new, per se, says Rahul Kaul, director of Wildlife Trust of India, Noida, Uttar Pradesh. U.K.-based organisations have been using citizens to count common bird species for a few decades now, says Kaul. “It was done manually then, but now there is perhaps an app where you put in your information.”

India too has several citizen science initiatives, he points out. For example, mid-winter waterfowl count was a sort of a countrywide citizen science-based estimate, but which was coordinated by a few ground-based people using a larger group of people.

“With this being online now, great possibilities have opened up,” says Kaul. “We already see the use of eBird where users can log in their information and the information appears alongside the information provided by a multitude of users. Of course, the content is verified to the best extent possible, so this large data pool becomes usable. This can transcend political boundaries, and one can see real-time movements and distributions etc.”

Many citizen science projects have commenced in Asian countries too, and some include data from the Himalayan region, the report’s authors says.  “However, to our knowledge, there is no project aimed at documenting the trade of endangered Himalayan species,” they says.

The report also cites the example of the World Wildlife Fund (WWF)’s training of Nepalese volunteers by providing them with basic data collection equipment such as GPS receivers. The WWF and the Nepalese government also set up a project ‘Cyber Tracker,’ to monitor Himalayan snow leopards. The project is developing simple computers for local people to use alongside mobile phones to monitor snow leopards, their prey, and their habitat.

Bawa and Kaul see the immense future potential of such apps.

Several groups are active in collaborating on e-platforms, Kaul points out. “Campaigns can take the form of the ones on social media and not necessarily in this form, but yes, this is a very convenient medium to reach out to a large number of people and get your message across.”

Volunteers are also getting together to track the sale of illegal wildlife trade on the internet. So citizens are collaborating to spend their time tracking wildlife sale offers and recording these for further action. This way, the movement of illegal wildlife goods can be tracked across borders.

Bawa offers several ideas to take the concept of citizen apps forward. He says that one could develop apps for wildlife trade and other conservation and environmental issues, including agriculture and public health.

He adds that one could also have additional features on the app for wildlife trade. For example, the wildlife trade is associated with the emergence of infectious diseases, and hence, an app that combines surveillance for zoonotic diseases could be beneficial.

One would need a platform to host the data, synthesise it, and add additional features, Bawa suggests, which would require collaboration with entities that have such platforms. The India Biodiversity Portal is one such platform, but many others exist for agriculture, water, and various socio-environmental parameters.

More investments need to be made in these platforms and generally in digital infrastructure for the environment and sustainability and in creating collaborative networks to develop and promote apps. “We have made this case in a roadmap for a potential National Mission on Biodiversity and Human Wellbeing which integrates biodiversity, ecosystem services, climate change, agriculture, health, bio-economy and capacity building in biodiversity science. With the widespread use of cell phones and the urgent need for data, the possibilities are endless,” says Bawa. India, “with its vast capacity in information technology and severe environmental challenges, has the potential to be a global leader in this area.”