By NewsroomFebruary 18, 2020Conservation
No Comments

There’s a new rhino calf at Aquila Private Game Reserve and Spa. The game reserve released images of the beautiful baby and its mother on Friday.

In a statement, the game reserve revealed that the anti-poaching unit started their Valentine’s Day with the sighting of the baby and its mother. If you visiting this weekend you might catch a glimpse of the duo. 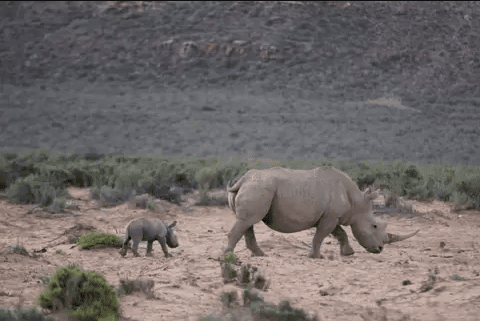 “During a 2011 poaching incident, three of Aquila’s rhinos were attacked. The teams were able to save one of the three rhinos and one was already dead when discovered. The other rhino survived for 5 days before succumbing to its injuries. The reserve was left with no male rhino bulls to continue its breeding programme,” it revealed in a statement.

But the sadness did not last very long.

In May 2014, Aquila acquired a new male rhino bull to continue its breeding programme at the reserve. The new rhino bull was purchased from the Limpopo area after his owners discovered signs of the rhino being tracked. At the end of 2015 and the beginning of 2016, Aquila saw the birth of 4 rhino calves at the reserve.