Valuing all the resources in a country – Almod Diamonds donates $100,000 NAB to Save the Rhino’s Trust

By NewsroomJanuary 4, 2020Conservation
No Comments

NEW YORK: Diamonds may be forever, but the endangered Black Rhino from Namibia currently is not.

As members of the Namibian community, Diamonds International and Crown of Light have pledged their support to the Save the Rhinos Trust of Namibia.

Preserving the natural resources and protecting the country that is home to many of our employees that specially cut our patented diamond is a priority for the Crown of Light brand in particular. 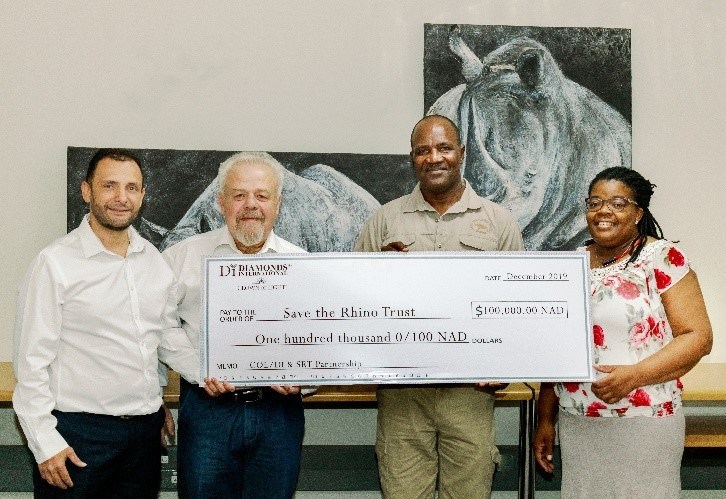 Maxi Louis, SRT’s Chairperson, expressed her gratitude for the generous contribution and challenged other Namibians to join the fight to help secure the future of Namibia’s rhino.

Dedicating to protecting the Black Rhino from poaching and reviving the population, for the past 30 years, Save the Rhinos Trust has funded and provided the resources the local patrolling groups such as vehicles and their maintenance, uniforms and supplies as well as the base camp establishment.

Save the Rhino Trust (SRT) are custodians of the only desert-adapted population of black rhino in the world. SRT’s rhino conservation work is vitally important on both national and international levels. “In order to enhance the security levels and remain ever-vigilant, additional funding is needed to support SRT’s monitoring and patrolling effort,” said CEO, Simson Uri-Khob.