By NewsroomMarch 30, 2021Anti-poaching, Science and technology
No Comments 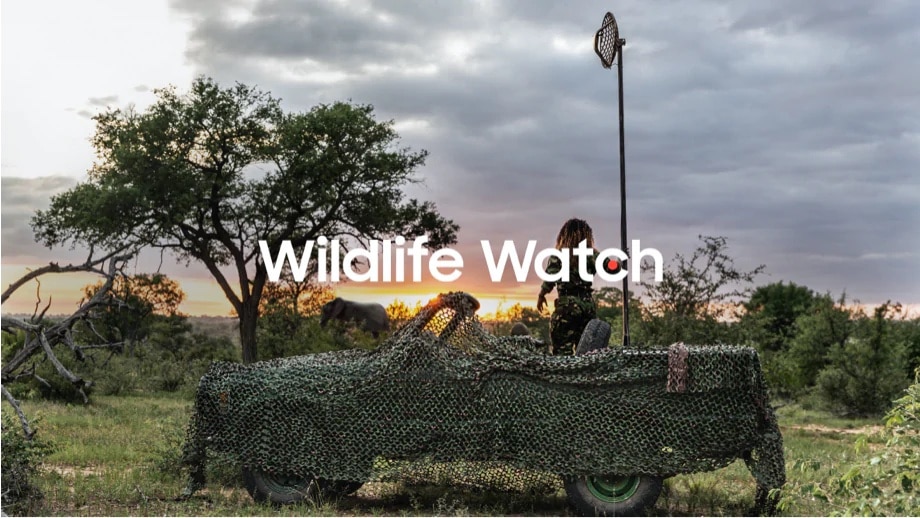 The animals that roam South Africa’s Balule Nature Reserve have a new ally in the battle to keep them safe from poachers – camera phones mounted in protective cases that stream images of their activities to thousands of “virtual rangers” worldwide.

With reserves across Africa cutting back on anti-poaching patrols amid a coronavirus-induced tourism lull that has hit funding, Balule has teamed up with handset manufacturer Samsung and tech pioneer Africam to supplement staff numbers with eyes and ears online.

Over 55,000 people have become virtual rangers since the project, Wildlife Watch, went live this month.

“We need more eyes; we need more people helping us,” said Leitah Mkhabela, a member of the park’s all-female anti-poaching unit known as the Black Mambas.

“They can become a ranger while staying at home and they can save a rhino every single day.”

Mkhabela and her colleagues use the same model of phone for communication and to capture images of suspicious activity during patrols, while other handsets have been installed to monitor perimeter fences.

Swiss-based environmental network, International Union for Conservation of Nature, said anti-poaching patrols have been cut in more than half of Africa’s protected sites due to the impact of the pandemic.

One in five rangers has been laid off globally since the pandemic began, said deputy leader of the Wildlife Practice at WWF-International, Wendy Elliott.

Meanwhile, job losses and increased poverty have driven a growth in the hunting of bush meat.

But, to Mkhabela’s relief, Balule is striking back.

“I want to be the reason my grandkids see rhinos in the years to come,” said Mkhabela.