By NewsroomOctober 15, 2019Rescue and rehab
No Comments 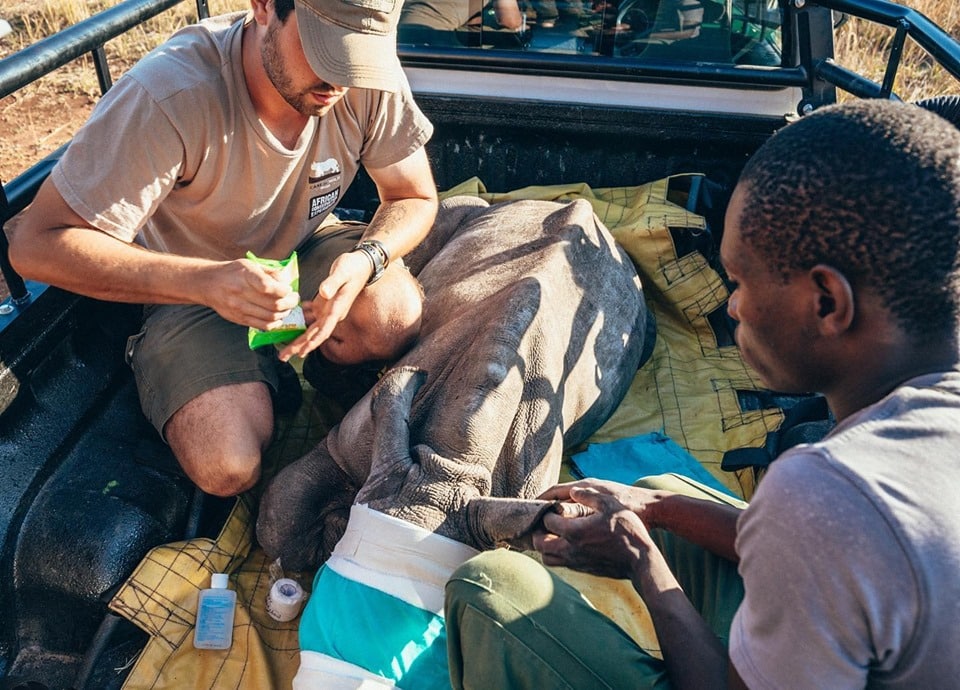 This rhino calf was orphaned after his mother was shot during a poaching incident.

He was very weak and extremely dehydrated. In desperate need of fluids and rest, he received intravenous fluids overnight while he slept.

Although still very weak, he woke early Saturday morning and began to gently suckle for the first time.