By NewsroomMay 7, 2021Hunting
No Comments 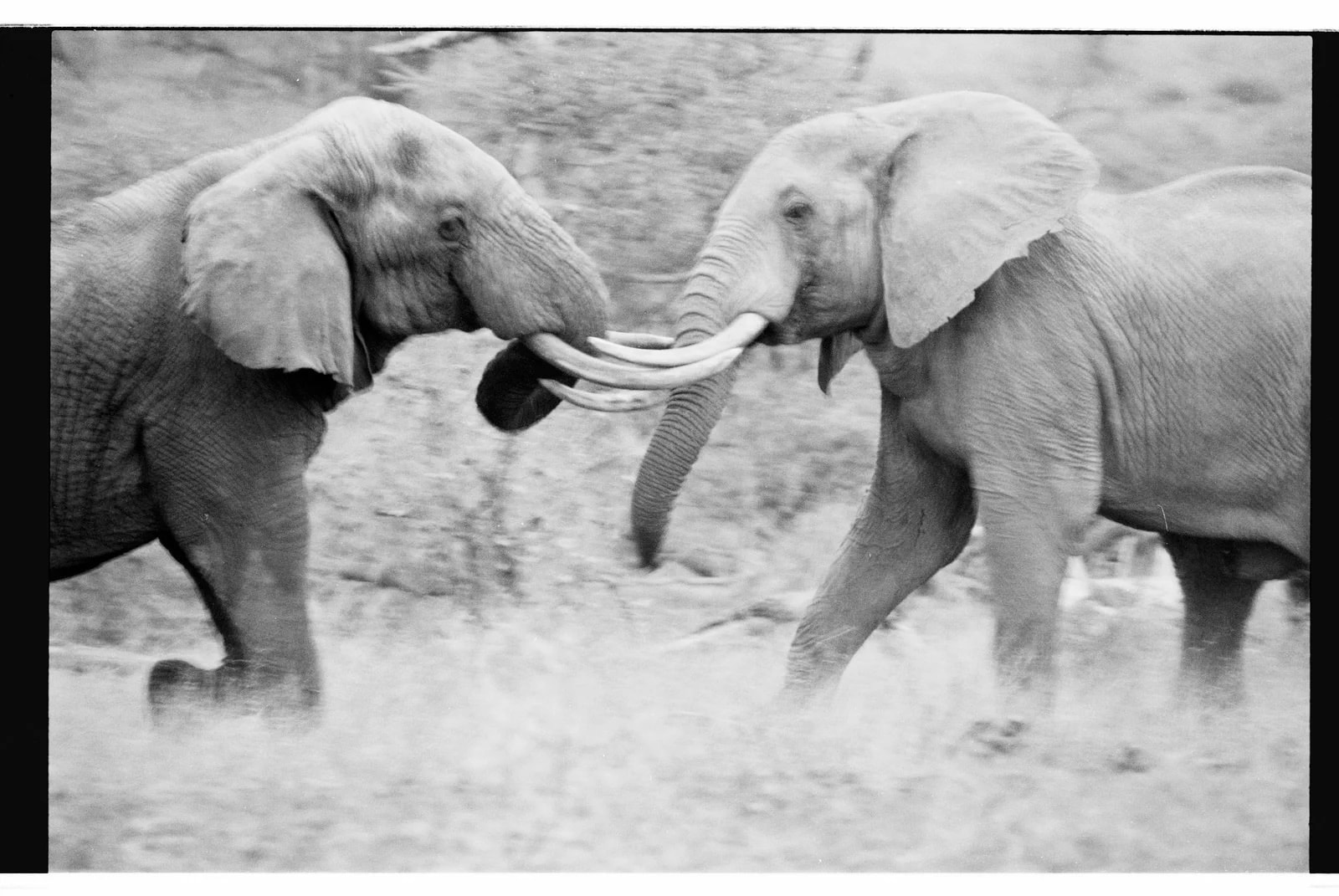 “Compassion for animals is intimately associated with goodness of character, and it may be confidently asserted that he who is cruel to animals cannot be a good man.”

“Not to hurt our humble brethren is our first duty to them, but to stop there is not enough. We have a higher mission — to be of service to them wherever they require it.”

Imagine seeing the face of trophy hunters delighted, after their targeted “beast,” an elephant whose family continent wide has just undergone a second massacre in a generation and a half. Shot several times drowning in a sea of blood. Shot several times because of the hunter’s colossal ineptitude. A supposed hunter. The smirk, the effete vainglory. And the perfunctory devilish grin of one’s wife relishing to what amounts to a death sentence of the greatest land mammal on Earth. The Demonic smile. The egregious wanton sense of having vanquished the beast, which Christianity has, for a long time, considered mere things. In this case the beast is an elephant, the colossus of the world.

One does not have to imagine. It happened again by the avowed head of the NRA. In Africa. In Botswana to be precise. A few years after the greatest massacre of elephants since the 1980s. We continue to obliterate as if it were a game. A caprice. Obliterating the life breath of a miracle. Because one can. The elephant has undergone a second apocalypse in the last decade. The head of the NRA, Wayne LaPierre, paid his dues in utter complicity with the aid of a country that should know better, Botswana. But the fact remains Western morality started the whole “royal” sport thing centuries ago and imposed its will on Africa, when the continent was invaded and strangled beyond recognition.

It may seem like a small thing, or rather a big small thing to shoot an elephant. One has paid for the execution of a being that has now been pronounced endangered. Both the savanna and forest elephants in Africa and of course their Asian counterparts that the Hindus considered the four pillars of the world. One can have permission to shoot a great being like the elephant because it has not been outlawed yet, but the day will come when our mortality and consciousness will have to come up to speed.

Many cultures have expected an end to the universe. Ragnarok as a final battle engulfing everything in the known world. When Elie Wiesel personally told me, of all people, that the killing and taking of innocent life, is a crime, he, of all people of the 20th century could define evil. He spent his career pronouncing it and making sure none of us ever forget. But the evil that men do, we also inflict on the nonhuman world. Beings such as elephants and whales that are categorically indispensable to their ecosystems. We are heading toward Ragnarok, not the marvel comic kind but the rainforest scorched, ice melting, elephant slaughtering at point blank range kind. Elie Wiesel said to halt the sadism, the ruthless killing is an “urgent moral imperative.” Just as fossil fuels are being phased out, because our lives, our civilization’s tenure depends on it — just as one day it will be a fine for driving a gasoline powered car and taking advantage of what had to be kept in the earth, so, too, will the remorseless mutilation of the most extraordinary species that walks the Earth be considered a high crime. All of civilization’s past actions, all its karma is coming home to roost. The rage against the killing of a man called Floyd also sprouts from the heartless head of supremacist beliefs. Those who believe they are the rulers of the universe are creating Ragnarok — whatever Christian equivalent one believes in.

The incompetence of a gun-bearing NRA man should not be lost. Whether it was in the old days, 1,000 and even 2,000 years ago men pitted themselves against elephants with one’s hands and lances and swords. Procuring Ivory was a tough business until the Europeans came looking for ivory and slaves. Killing elephants with guns became practically an industry and it was remorseless and it gave the elephant no chance. Slavery, too, had its heyday in the 19th century and they often worked in tandem. The evil that men do is directed not just at slaves and their descendants but also the nonhuman world. Supremacism works across the species barrier. And today the world falters. How close do elephants have to get to humans before we realize that killing them is indeed murder.

James Hillman, author of the “Soul’s Code” reminds us that animals are the gatekeepers, “epiphanies of aspects of ourselves.” In destroying them cults arise of “renegade psychopathology.” It is a place the mutilators of our time occupy. Speciesism and racism have a common root. The Western ego, Hillman recognized, does not speak for the whole world. It most certainly does not speak for the animal world. People were rightly outraged by the number of shots it took for a certain big game hunter to shoot several times before downing his elephant before it sank to its knees and faded away, suffocating in its blood and suffering unspeakable agony. Even if it had taken only one shot. The look on the hunter’s face would have been the same. A man that had lost his soul imposed his will on the greatest land mammal on Earth for entertainment.

We live in a time, though less with each passing generation, when we can still be killed by a lion, tiger or polar bear, shark or crocodile or venomous snake. Like the woman who was recently killed by a black bear in Colorado. The question is why did her cubs have to be executed. What arrogance, unless it was evil, had to be unleashed on the innocent. A mother with cubs in the wild. Such encounters are privileges and sometimes our final ones because the wild stills bleeds and moves in unexpected ways. People still get attacked by sharks. But so very few. By comparison humans kill untold millions of sharks every year. Our blessing lies, as Aldous Huxley exclaimed, in being able to be eaten by something larger, something sentient, something cunning and infinitely wild. Otherwise only the random elemental forces like storms and fires and unselective, unfeeling events, will predominate over our lives. The sentient are being executed at every turn. They have no chance. The sentient, those with a mind, are going. The intermediaries may one day be dispensed with if we don’t change our ways very very soon. And as Paul Shepard, the ecologist, wisely entertained, those others, the animals are coherent and conscious and are our ultimate foils in flesh and body.

“The big animals are momentary embodiments of the atomic vitality that energizes nature itself,” Shepard wrote. In mutilating them we mutilate ourselves. We no longer need their flesh to survive. There are no longer cave bears as we hide in our caves, though, yes occasionally, if one comes between a mother and her cubs, one had better beware. It may cost you your life. Such as the gifts and challenges of the wild. The world has not yet become totally subdued. But one day, perhaps too soon, it will only be a rusty car standing still in a dilapidated parking lot staring back at us. Nothing will entrance or mystify us anymore. The only danger lurking will be ourselves. We will have self cannibalized. But nature will by then have made us marginal beings fighting each other in the scorched field of the world, fleeing sea level rise and social mayhem. We will have been made utterly trivial because our Rambo ways with the others will have rendered us innocuous except for the savagery with which we will ultimately lay low this upstart civilization. Whether it is suffocating the life of an innocent man due to a misguided idea of power of superiority or because that man’s roots stemmed from the oldest continent on Earth, whose soul we do not understand and deem it alien, or whether we choose to execute an elephant at close range for entertainment value and seeing it as nothing more than a piece of flesh to bandy around as a trophy, we are shooting ourselves in the soul. The human species is blowing our brains out. Our morality partakes of the Hell realm and it needs to stop before we all perish.

As Paul Shepard so acutely expressed speaking from the animals’ perspectives to the human species, “We have sunk to being objects, commodities, possessions. We remain meat and hides, but only as a due and not as sacred gifts. Once we were bridges, exemplars of change, mediators with the future and unseen. When we have gone they will not know who they are. Supposing themselves to be the purpose of it all, purpose will elude them. Their world will fade into an endless dusk with no whippoorwill to call the owl in the evening and no thrush to make a dawn.”

The recent elephant incident in Botswana must become the elephantine Cecil moment. It is ecocide in miniature, in the body of one elephant who was ignobly sacrificed before a craven coward among men. The slaying of the innocent, not just elephants, must be made illegal worldwide. Just as lion breeding for hunts in South Africa may soon become an aberration of the past, so too will elephant hunting and maybe someday the elephantine and the human spirit may be able to breathe a little easier on this overheated planet.