By NewsroomMarch 31, 2021Science and technology, Wildlife Trade
No Comments 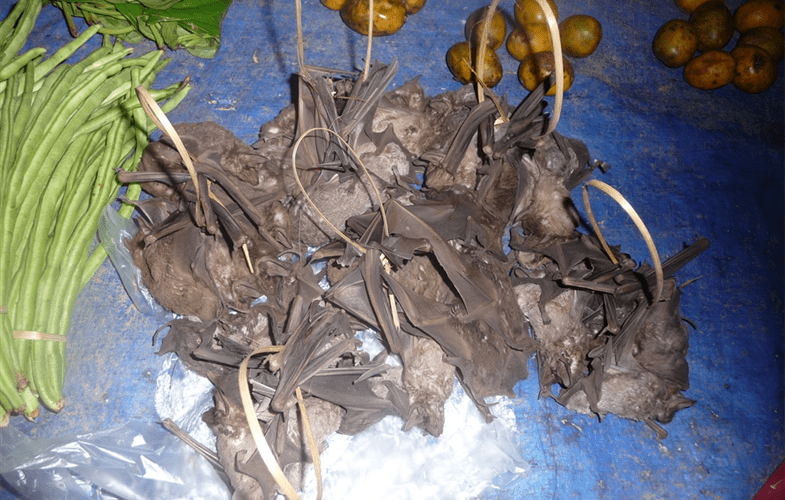 “The WHO-China report confirms that SARS-CoV-2 is of zoonotic origin and that its most likely pathway into humans was from an animal reservoir (highly likely bats and some other mammals) transmitted via an intermediary host through a spillover event into humans.

“While there remains a need for more investigation, we are not surprised about the wildlife origin referenced in the report and we know enough to act now to reduce risks of future zoonotic pandemics. Some 60 percent of emerging infectious diseases reported globally are zoonoses, causing about 1 billion cases of human illness and millions of deaths every year. Of the more than 30 new human pathogens detected in the last three decades, 75 percent have originated in animals. Importantly, research has shown zoonotic-origin pathogens increase along the supply chain from source to market.

“As in previous zoonotic coronavirus spillover events of global concern, a bat species is most likely the evolutionary host to the on-going SARS-CoV-2 pandemic. The report also suggests that not all the first human cases were linked to the seafood market in Wuhan, China, but linked to other similar markets and large wildlife farms, including fur farms.

“While more inquiry will and must continue into the SARS-CoV-2 outbreak, we understand enough to take action to prevent future zoonotic outbreaks. There is no time to hesitate on how governments must respond to prevent the next pandemic.

“The ultimate playbook to prevent the next zoonotic pandemic is specifically outlined in The Berlin Principles (issued in  2019) which is based on the widely accepted One Health Concept. Governments and policy makers must recognize and take action as The Berlin Principles emphasize ‘to retain the essential health links between humans, wildlife, domesticated animals and plants, and all nature; and ensure the conservation and protection of biodiversity, which interwoven with intact and functional ecosystems provides the critical foundational infrastructure of life, health and well-being on our planet.’

“We must acknowledge the basic tenet that the more we destroy and intrude on nature, the more likely zoonotic spillovers will occur. Zoonotic spillover events and subsequent outbreaks are inevitable, as the interfaces between wildlife and humans increase, primarily due to deforestation and agricultural expansion.

“Further, we cannot prevent another zoonotic pandemic if governments do not work to end both trade in live wildlife and wildlife markets for human consumption. That includes animals bred for wild meat and other purposes in commercial wildlife farms as well as those taken directly from the wild. The industrialization of wildlife production in captive facilities is clearly a significant threat to human health. Most importantly, these steps would significantly reduce the risk of future zoonotic transmission while also safeguarding resources for the many Indigenous Peoples and local communities (IPLCs) around the world who rely on wild meat for their own nutritional health and well-being.

“To prevent future major viral outbreaks such as the COVID-19 outbreak, impacting human health, well-being, economies, and security on a global scale, WCS recommends stopping the trade and sale of wild meat and live wildlife for human consumption in urban and peri-urban  markets, whether they are supplied from wildlife farms or wild caught.

“Rigorous enforcement of existing laws, regulations, and international treaties that deal with wildlife trade and sale in urban markets is critical and necessary, but this is simply not enough. A new paradigm is needed if we are to avoid a pandemic such as the one we are experiencing today. Like China and some other countries, leaders around the globe need to take aggressive steps to stop the sale of wildlife in urban markets and the trade that supplies them.”