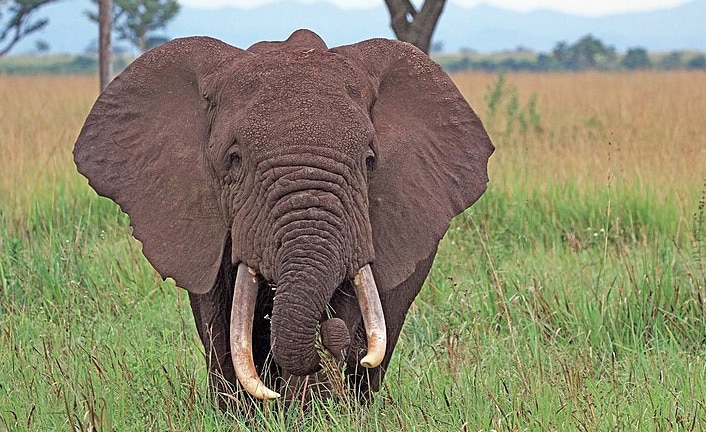 Listen to, or read, the original articles here.

Anthropocentrism and its reliance on the commercial value of wildlife conserves wild animals simply to sustain human trade and consumption. There is no regard for wildlife as an interconnected combination of vital organisms in a broader ecological system that maintains the continued existence of all species.

It is the grim reality that wild places and animals are being destroyed at catastrophic levels by human action. This has occurred largely as a result of unregulated and unsustainable anthropogenic (human-generated) activities such as overharvesting of natural resources, overexploitation of wildlife due to consuming, trading, hunting, poaching; or from human-induced climate change, natural habitat loss and widespread pollution.

Until recently, human awareness of destructive actions was limited. It was in the late 1960s and early 1970s, when philosophy began to seriously address environmental and non-human animal issues in what is now the discipline of “environmental ethics”, that we started to become aware of how we are destroying wildlife.

However, the desire to conserve species at government and intergovernment level still is a human-centred (anthropocentric) one in that the preservation of wild species is predominantly seen in terms of sustaining human economic benefits of using rather than conserving wildlife simply for the sake of wildlife. Wild animals are conserved with the singular aim and rationale of furthering the economic benefits of humans.

Anthropocentrism as a dominant paradigm treats wildlife as a sustainable resource where species are conserved up to the point where they can provide continued benefit to humans and economic wellbeing into the foreseeable future.

Given that anthropocentrism and its reliance on commercial value conserves wildlife population numbers simply to sustain human trade and consumption, the major problem is the fact that there is no regard for wildlife as an integral and interconnected combination of vital organisms in a broader ecological system that maintains the continued existence of all species. This shows a failure to appreciate that wild animals, in the wild, contribute entirely to the flourishing of the broader natural system.

The common view when it comes to the conservation of wild species numbers, it is usually achieved at the expense of the broader natural environment in that wild animals are bred and stocked on ranches that are more akin to domestic livestock farms than wilderness areas, or are captured or killed in the wild while many species are confined in unsanitary confined conditions in markets across the globe.

Given the dire circumstances for wildlife, it is, therefore, imperative to provide an alternative approach to wildlife conservation, one that avoids anthropocentrism and wildlife valuation on an economic basis in order to provide meaningful and tangible success for both wildlife and human wellbeing in an inclusive way. In this sense, the concept of ecophenomenology is an example of an important non-anthropocentric alternative to sustainable development in that it provides a framework for radically redefining our undertaking of what it means to be wild.

Phenomenology helps move the human away from anthropocentrism to a far more inclusive approach in conserving wildlife. This is because phenomenology deals with the interconnected relationship between humans and wild animals and their dependence on and in a broad ecological system. The strength of phenomenology is that it regards all living and even non-living entities, such as air, water and soil, as interconnected and interrelated within a broad biosphere, hence the term “ecophenomenology”.

Essentially, the successful conservation of wild species comes down to just a single notion: recreating the space for all biodiversity to thrive. Ecophenomenology, therefore, is about the commitment towards and the protection of the entire wild system, which includes all living beings (plants, wild animals and humans) and even non-living entities (water, soil and air). Ecophenomenology is a new conservation approach in that it wholly abandons any anthropocentric constructs in conservation.

Crucially, governments and other policymakers need to recognise that the loss of biodiversity and consumption of wild animals will not only harm the natural environment but will cause human health, social, economic and cultural collapses as well. Given the current Covid-19 pandemic, the future of humanity depends on the future health of the natural environment. Such practical strategies are to expand the space for biodiversity to thrive.

Ultimately, ecophenomenology recognises that all living beings are not stand-alone entities to be taken individually (either as commercially or even intrinsically valuable), but together as a great interconnected web of life that depends on each other for its existence and wellbeing. At the heart of ecophenomenology is the wildness of being.

If humans are to successfully conserve species, including our own, in the era of the Anthropocene, we need to preserve the house that keeps us all alive – wild nature.