We need a new vision for conservation, but who will pay for it?

By Peter BorchertAugust 13, 2020Editorial
No Comments 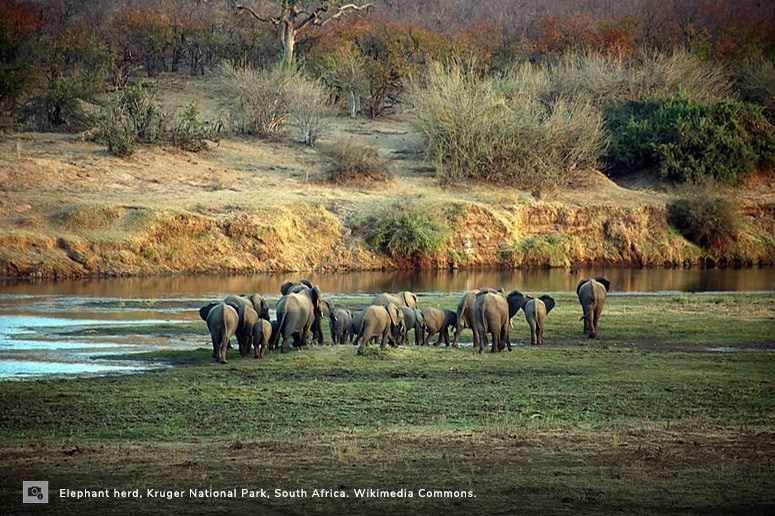 Perhaps the reality that human welfare is inextricably linked to the overall health of the planet is at long last penetrating the babel of world news and reaching ordinary folk. It’s a pity, though, that it has taken the global calamity of Covid-19 to start driving the message home.

These aren’t just idle musings as a new study by the London School of Economics suggests this to be. Dr. Ganga Shreedhar, one of the paper’s authors, commented, “Our study demonstrates that making people aware of how human behavior towards nature affects human health (through the COVID-19 pandemic) can usher in public support for wildlife and environmental protection. It basically underscores how human health depends on the health of the planet.”

I hope he is right, for the wild places on Earth need public support now more than ever. Our protected areas, already chronically underfunded before the Covid-19 onslaught, now face a double financial challenge. Wildlife tourism has come to a shuddering halt, and with it, a contribution to global economies amounting to some $350 billion a year, and about 22 million jobs have disappeared overnight. Gone.

Gone too is the slice of this revenue that would have filtered through to help maintain the very ecosystems upon which nature travel is based. And as if this devastating blow were not enough, governments struggling to find a path back to some semblance of growth and prosperity are unlikely to find much in the exchequer to bolster nature-conservation.

Of course, the global economy will recover and, along with it, the tourism industry and all it embraces—it won’t happen in weeks, however, or months, and will probably take several years. The impact on poor countries is already severe and will deepen further. Ironically many of these countries are amongst the richest in terms of biodiversity—in fact, 15 of the world’s 17 megadiverse nations are developing countries, among them the poorest on Earth. Together, the Megadiversity Countries are home to at least two-thirds of all non-fish vertebrate species and three-quarters of all higher plant species. It is a stark reminder of how a small number of countries hold a large portion of global diversity. But while these environments serve the planet universally, the heavy burden of caring for them, politically and financially, falls almost exclusively to the host nations and the charity of a few NGOs.

Consider, too, that currently protected areas cover around 15.4 percent of the world’s land area and 3.4 percent of the global oceans. Not only do these vitally important islands of ecological integrity sequester 15 percent of the global terrestrial carbon stock and reduce the threat of deforestation as well as habitat and species loss, they also support the livelihoods of over one billion people. This combined achievement, however, is not nearly enough.

Later this year, in China’s city of Kunming, the world’s leaders plan to meet and set new targets to protect nature under the United Nations Convention on Biodiversity (CBD). The motivation is that the previous goals were too modest. It is hard to argue against this contention.

In his preface to the 2018 Living Planet Report, Marco Lambertini, Director General WWF International, wrote that “The astonishing decline in wildlife populations …—a 60% fall in just over 40 years—is a grim reminder and perhaps the ultimate indicator of the pressure we exert on the planet.” The point is emphasized in a new UN report compiled by 500 scientists and experts. They describe an alarming trend that could undermine life as we know it on Earth. “The loss of trees, grasslands, and wetlands is costing the equivalent of about 10% (or $8 trillion) of the world’s annual gross domestic product (GDP), driving species extinctions, intensifying climate change and pushing the planet toward a sixth mass species extinction.”

In April 2019, a subsequent paper explained why protecting no less than 50 percent of the Earth is needed. The authors presented a science-driven plan to save the diversity and abundance of life on Earth, building on proposals for protecting key biodiversity areas and the latest climate science, and calling for at least 30 percent of lands protected by 2030 with an additional 20 percent in climate stabilization areas. Notably, it is also the first plan to include land, freshwater, and marine ecoregions in one global plan.

I applaud the vision in these papers and reports—who amongst us would not want to have half the planet protected? But we’re not even properly funding what we already have! So who, ultimately, will bear the cost? Those few megadiverse nations referred to earlier? I fear that such a burden, exacerbated by the Covid-19 fallout, will be too much for some of these countries. Sadly, short-term opportunism, coupled with the desperation of resource-starved local communities and cash-strapped conservation authorities, will inevitably lead to irreparable damage to the globally precious ecosystems of which they are the custodians.

Will it simply be yet another disappointment, where vision and good science tell us what needs to be done only for the ship of hope to founder on the reef of bickering superpowers?

If ever there was a time for new thinking in conservation it is now. And whatever model is decided upon, it must provide adequate financial support to poorer countries for conserving the biodiversity that benefits us all.

In the end, it all boils down to the quest for a just and fair society, one in which the economies of the world serve nature and communities and not the other way round. We have to put the age of predation on nature behind us, otherwise, sustainability in any shape or form will delude us as surely as the pot of gold at the end of a rainbow.