By NewsroomMay 3, 2021Wildlife Trade
No Comments 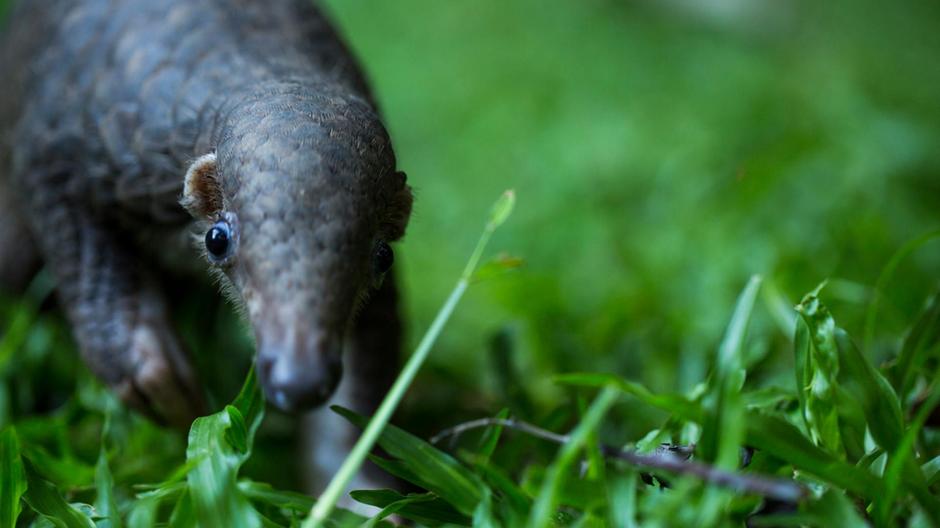 Pangolins are hunted for their scales for their questionable use in Chinese medicine. Image: As originally published by The National News.

Wildlife poachers with links to terrorism are rampaging across West Africa with local authorities unable to control the illegal trade, a report found.

The stark warning comes after the death of a wildlife conservationist and two journalists who were killed by Al Qaeda-linked terrorists on Monday while on an anti-poaching patrol in Burkina Faso.

The National previously disclosed that ISIS-linked groups in the Democratic Republic of Congo are killing or capturing exotic animals to fund their terrorism campaign.

The Rusi report called for more financial investigations into the wildlife traffickers who were driven from East Africa after a clampdown by authorities.

“Financial intelligence units in the region are failing to carry out financial investigations needed to bring high-level wildlife traffickers to justice,” the London-based think tank said.

Its research found that illegal wildlife trade, worth about $23 billion a year globally, is not a high priority for financial intelligence units in West Africa, and few investigations into such cases are ongoing.

But in the past five years, West Africa has “emerged as a major source and transit hub in the global illegal wildlife trade”, with criminal groups relocating to the region from elsewhere on the continent.

The devastation of West African wildlife led two Spanish documentary makers and an Irish wildlife expert to film in Burkina Faso in an effort to highlight the issue.

But extremists from a group known as Jama’a Nusrat ul-Islam wa al-Muslimin attacked their armed convoy in a national park bordering Benin. “We killed three white people. We also got two vehicles with guns, and 12 motorcycles,” the terrorists said in an audio message heard by Associated Press.

The consequences for critically endangered species such as elephants and pangolins were also devastating, the Illegal Wildlife Trade and Financial Investigations in West Africa report said.

Declining global ivory prices have led traffickers to switch their attention to the increasingly lucrative market for pangolin scales. The scales, like rhino horn, have no proven medicinal value but are used in traditional Chinese medicine to help with conditions such as arthritis.

“West Africa has become the consolidation and export point of choice for wildlife traffickers across Africa,” the report’s main author Alexandria Reid said. “The relocation of trafficking networks is driven by a potent combination of weak law enforcement capacity, well-connected transportation systems and endemic corruption.”

Nigeria is now the main export point with at least 51 tonnes of the pangolin scales seized globally originating from its ports in 2019 compared to only two tonnes four years earlier.