By NewsroomJune 1, 2021Conservation, Education
No Comments 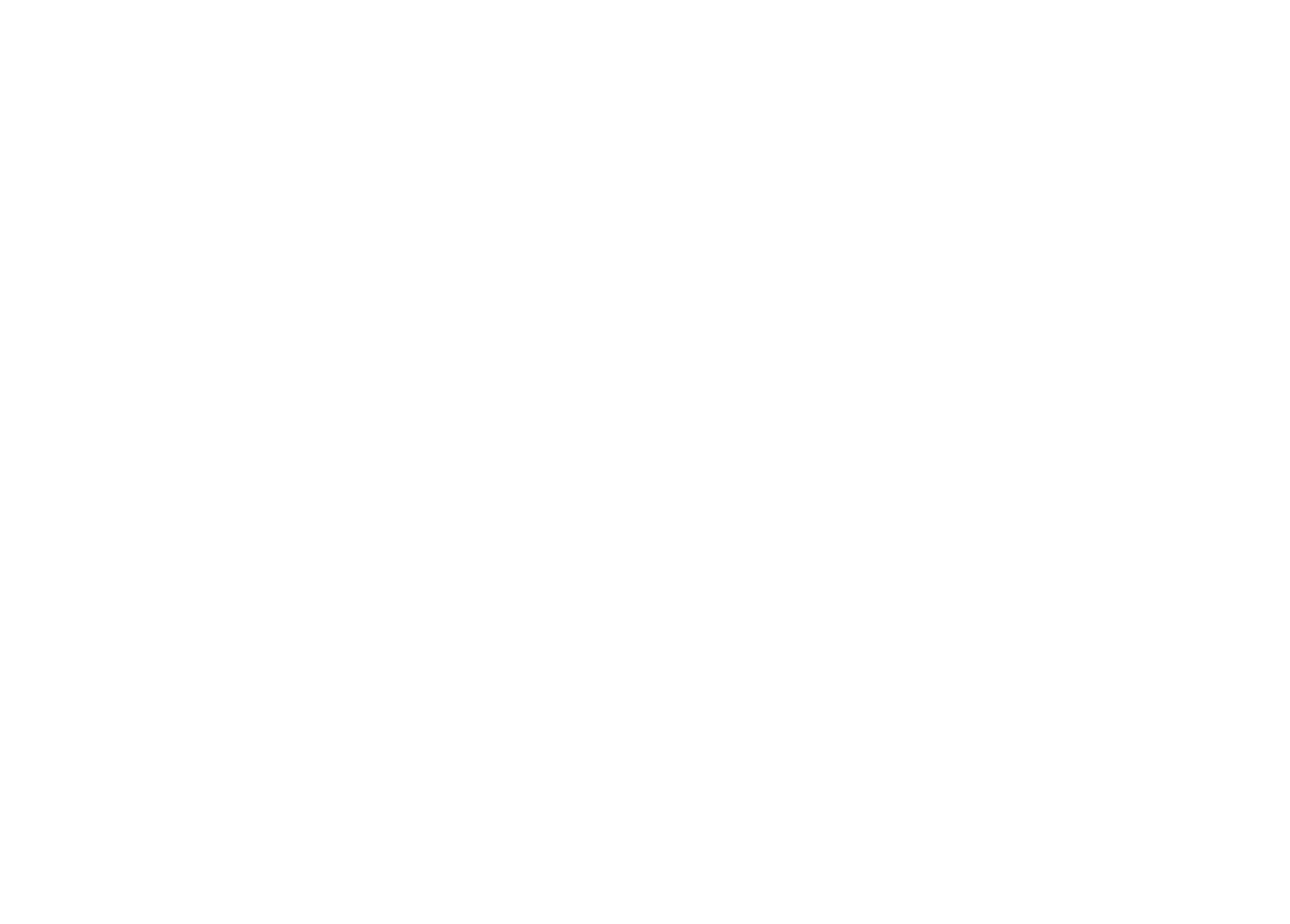 In 1975, 19-year-old Joyce Poole was offered the chance of a lifetime: To study elephants in Kenya’s Amboseli National Park.

Elephant researcher Cynthia Moss, who had just started a study of female African elephants, asked the American college student if she would do the same for the males, whom Moss jokingly called “boring,” according to Poole.

Poole quickly proved the animals were anything but, discovering that male African elephants experience reproductive cycles, called musth—something elephant biologists had long argued against. This major finding launched her career, and in the 46 years since, Poole, a National Geographic Explorer, has become one of the world’s experts in how African elephants behave and communicate.

In 2002, Poole and her Norwegian husband, Petter Granli, founded the California-based nonprofit ElephantVoices, to educate the public on both how elephants communicate and the importance of conserving them.

Now, drawing on data and videos accumulated during decades of study in Amboseli, Kenya’s Masai Mara National Reserve, and Mozambique’s Gorongosa National Park, Poole and Granli have created the African Elephant Ethogram—the most comprehensive audiovisual library ever made of African savanna elephant behavior.

On May 25, the database will go public, allowing anyone from a high schooler to a university professor to search for a particular behaviour—say, an elephant calf butting its head—and find several videos that explain why the animal is making that particular action. (Explore a user guide of what elephant calls mean.)

The ethogram has taken on added urgency with the recent International Union for Conservation of Nature listing of African savanna and forest elephants as separate and endangered species. With a mere 415,000 elephants remaining—down from five million in 1950—Poole hopes the ethogram inspires people “to explore and contemplate the hearts and minds of elephants.”

Virginia Morell: Clearly, the ethogram was a major undertaking to put together. What inspired you?

Joyce Poole: It really started a long time ago—in 1982. In my [Ph.D.] thesis, I included pen and ink illustrations of all the behaviours I described, such as the musth walk, ear waving, head [held] high, and others. When I completed my thesis, [my adviser] Robert Hinde said, “You must make an ethogram—a descriptive inventory of the full repertoire of African elephants’ behaviours.” I remember thinking, how am I going to do that? But his words stuck with me. [Bioacoustics expert] Katy Payne and I began making other discoveries, for instance, that elephants are capable of producing sound below the level of human hearing. I began to notice particular postures and gestures associated with each vocalisation. Then Petter suggested we build online databases to share what we were learning. In 2017, 35 years after Hinde suggested the idea, we finally started working on the African Elephant Ethogram.

VM: Where did your initial desire to study these animals come from?

JP: That goes way back to my childhood. I moved to Africa [from Connecticut] when I was six years old. My brother was three and my sister was just six weeks—my poor mother. My father had been appointed director of the Peace Corps program in Malawi. We took safaris to East Africa, driving to Tanzania and Kenya. I actually met my first elephant in Amboseli National Park. It was a big male who charged our car; I dove under the Land Rover’s seat. I still remember that rush of adrenaline. So early on I developed a love of Africa and its wildlife and a curiosity about elephants. (Watch an elephant invite a rhino to play.)

VM: How did you begin studying elephants?

JP: After high school, I enrolled at Smith College to study biology. I finished my first year, but then my family announced they were moving to Kenya; my father had taken a position as director of what was then the African Wildlife Leadership Foundation. I was determined to take a year off from my studies and go with them, but my father said I could only do so if I had a “worthwhile project” to work on while there. I started reading about various wildlife projects, but then I got an incredibly lucky break. My dad had met Cynthia Moss, and he came home one day and said, “Well, do you want to work with Cynthia Moss in Amboseli?” Can you imagine?

I so clearly remember one of my first days out in the field. I was suddenly surrounded by these big guys. I was in my family’s VW bus, and the elephants were towering over me and breathing heavily. I hid on the floor. Finally they went away. Back at camp, I told Cynthia about this terrible ordeal, and she just laughed and said, “They were being friendly.”

That’s the thing about elephants: Once you’re able to read their body language and understand their vocalisation, a whole new world opens to you. People can experience this through the ethogram.

VM: How did you go about organising the ethogram?

JP: It includes knowledge that was gathered over 46 years—primarily from Amboseli, but also from Masai Mara and Gorongosa. The idea was to make an exhaustive ethogram, as opposed to one that was more narrow, such as focusing only on mother-offspring behaviour. We planned ours to describe everything, all the behaviours we’ve witnessed, and any accompanying vocalisations. We extracted and edited some 2,400 clips of elephant behaviour from footage shot in the Mara and Gorongosa, selecting examples of specific behaviours, and added written descriptions.

VM: How should people use the ethogram?

JP: You might want to look at the short introduction and user guide, or, if you’re a scientist, go directly to the science section. If you’re like me and don’t like reading instructions, you can just dive in. Go directly to the Ethogram Table, scroll down to get an idea of behaviours, and choose one that interests you; then click on a video. Or you can use the search portal by typing in the name of a behaviour or use the alphabet search to move to a topic. For me, the most fun is the drop-down search. For example, you might want to know what behaviors musth males engage in that involve their ears. Under “age/sex,” click on ears, and then just click search—and watch the videos that come up.

VM: Is there one thing in the ethogram people should not miss?

JP: If you like a rush of adrenaline, go to the Attacking and Mobbing tab on the Ethogram Table and click on Head-Butt. There’s only one video, which we filmed in Gorongosa. We apologise for the Norwegian swear word Petter uttered when he noticed what happened to our car.

VM: As you worked on the ethogram, what struck you as most important about elephants?

JP: It confirmed how intelligent, empathetic, and creative elephants are. I was also struck by how much time elephants spend contemplating. To most people, a contemplating elephant looks like it’s doing nothing. It’s why most people miss elephant mating in the wild. Most of the elephants, even the lucky pair, are standing around; they’re stationary because they’re waiting for the female [in estrus] to move. So they’re considering what the others are doing. (Read how empathetic elephants can be.)

VM: What more do you want to discover about elephants?

JP: I want to know what elephants are saying to each other. I know they say really complicated things, and I think they “talk” a lot about us—about humans—and how they should respond to us. They’re afraid of people in some places because of what has been done to them. For instance, in Gorongosa, because of the long civil war [from 1972 to 1992] the elephants are very frightened of and aggressive toward people.

In Gorongosa, at times elephants gave a call I’d never heard before. It was very low in frequency, flat and throbbing. I don’t have enough examples of it to say more, but I felt that it was a comment to family members about us being dangerous. And everywhere, elephants are under a lot of stress from having to listen for and monitor us all the time. (Learn how African elephants understand human gestures.)

JP: The IUCN upgrade doesn’t in and of itself protect elephants. If we’re going to save elephants, we have to take action now, and not just give lip service. We will lose elephants if we’re not [smarter] about how we use space. I understand that people need space, too. But we need to zone areas strictly and set land aside so that we have connections for elephants and other wildlife between protected areas.

I hope the ethogram inspires people to contemplate the moral dilemma they pose. Do elephants have the right to live on Earth just as we do? If yes, how do we carve out space for them? These are big questions, and there aren’t simple answers, but we must try to find ways that we can all live more sustainably.