The Black Rhino was once the most numerous of all the living rhino species. It ranged widely throughout sub-Saharan Africa, except for the Congo Basin and other tropical forest areas. In times past, there were hundreds of thousands of Black Rhinos, and even in the early 1970s, some 70,000 still roamed wild.
The Black Rhino’s distribution has contracted drastically over the past 50 years, and the species is now extinct throughout much of its range. Beginning in the early 1970s, Black Rhinos were decimated by poaching (their horns became prized as handles for traditional daggers worn by Yemeni men). The population reached an all-time low of 2,410 in 1995. Since then, numbers have increased steadily, and their range has expanded. In 2021, the Black Rhino population stood at more than 5,600.
(Updated April, 2022) 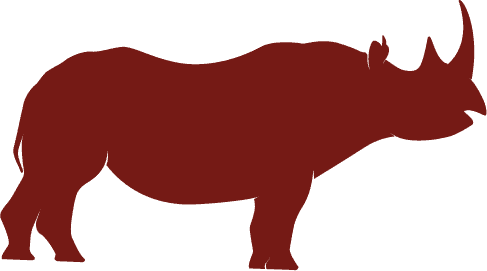 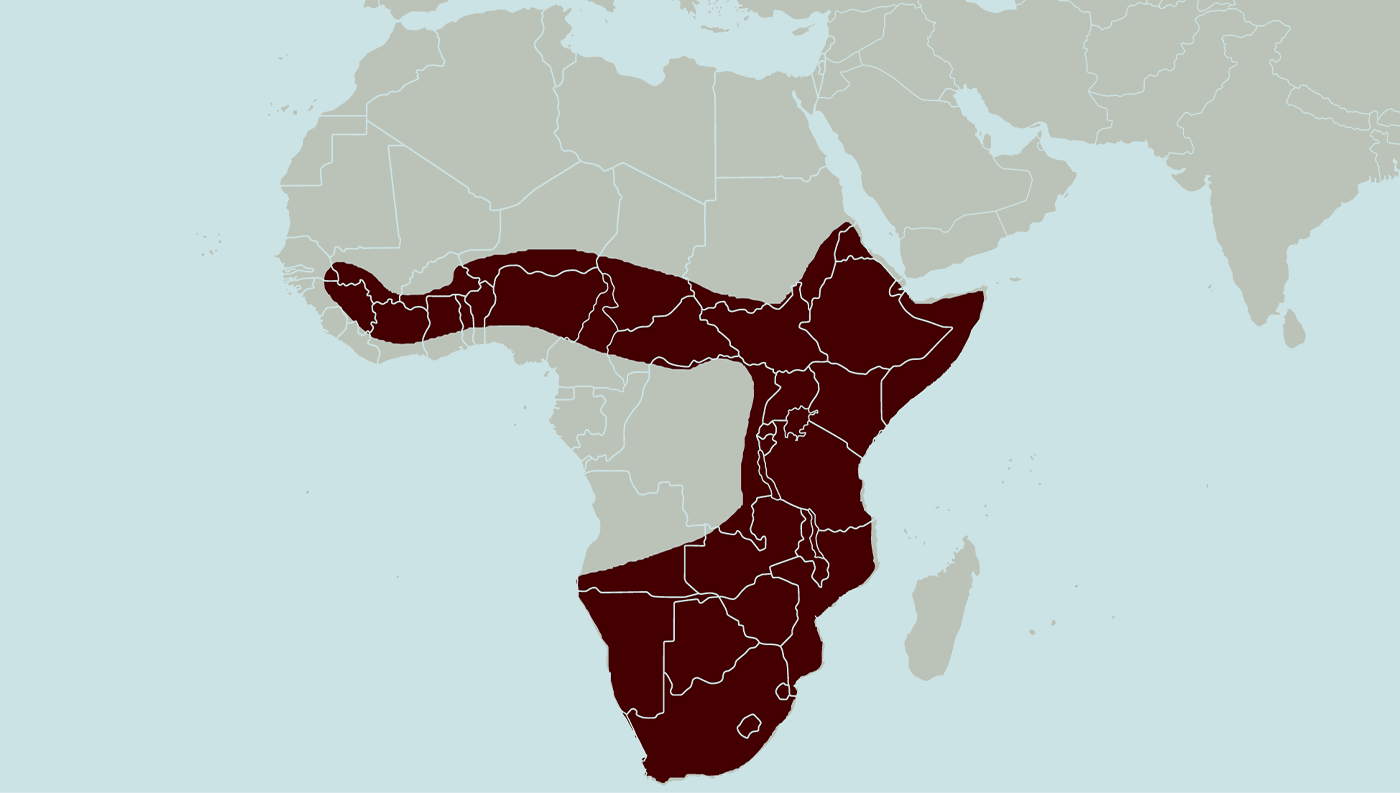 Legend:
This representation of the historical distribution of the Black Rhino is derived from a combination of two sources: circa 1500 from “New maps representing the historical and recent distribution of the African species of rhinoceros: Diceros bicornis, Ceratotherium simum and Ceratotherium cottoni, by Kees Rookmaker and Pierre-Olivier Antoine, published in Pachyderm No. 52 July–December 2012; and circa 1700 from “Status Survey and Consolidated Action Plan: African Rhino“, compiled by Richard Emslie and Martin Brookes, published in 1999 by the IUCN/SSC AfRSG. 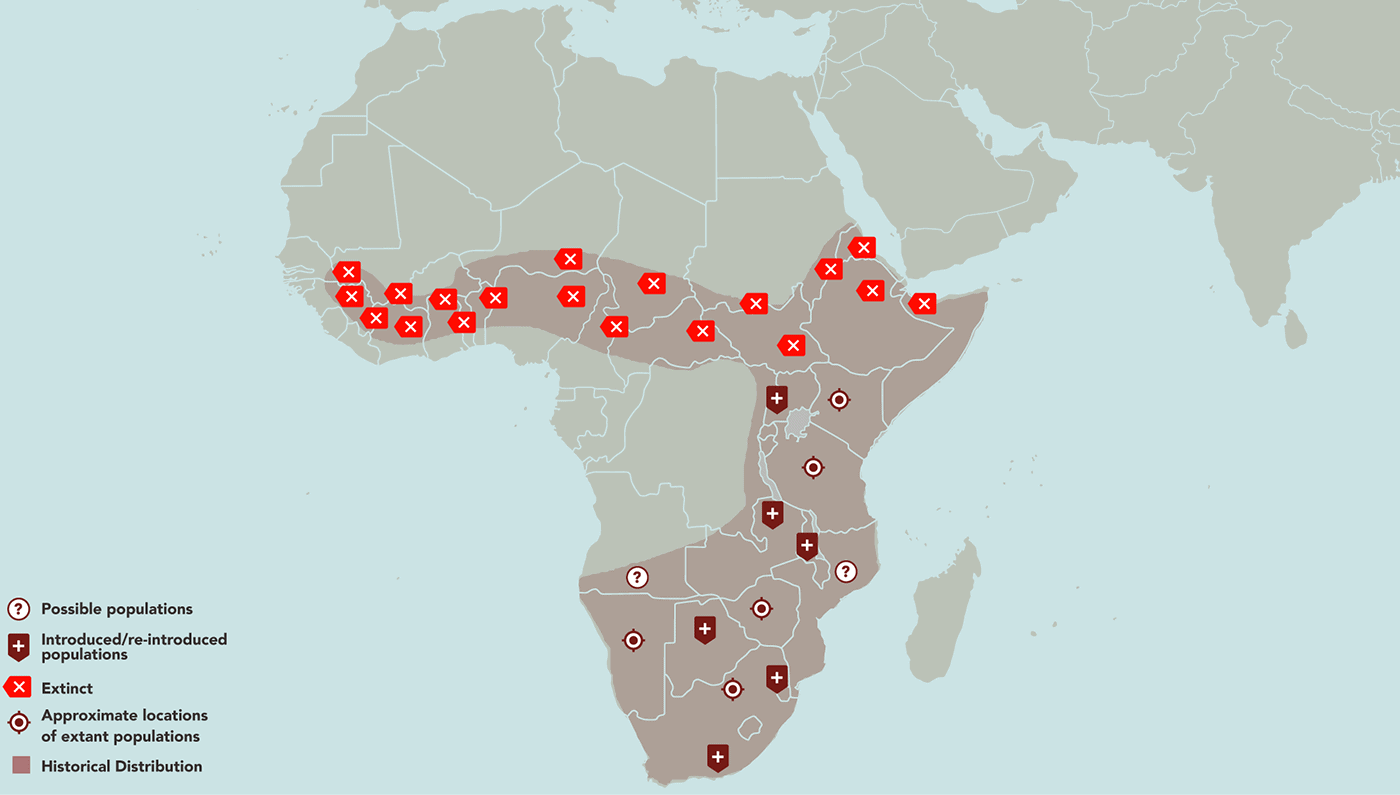