The historical range of the Javan Rhino is uncertain, but it did extend well beyond the island after which it is named. In the far north, its occurrence would have overlapped with the Indian Rhino, and in the south with the Sumatran Rhino.
The Javan Rhino has been devastated by poaching and land-use pressure. It has been reduced to one tiny population of no more than 75 on the western tip of Java. 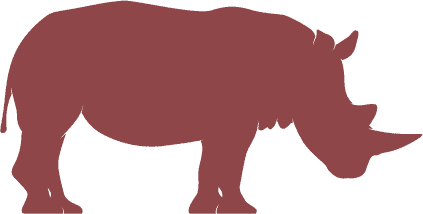 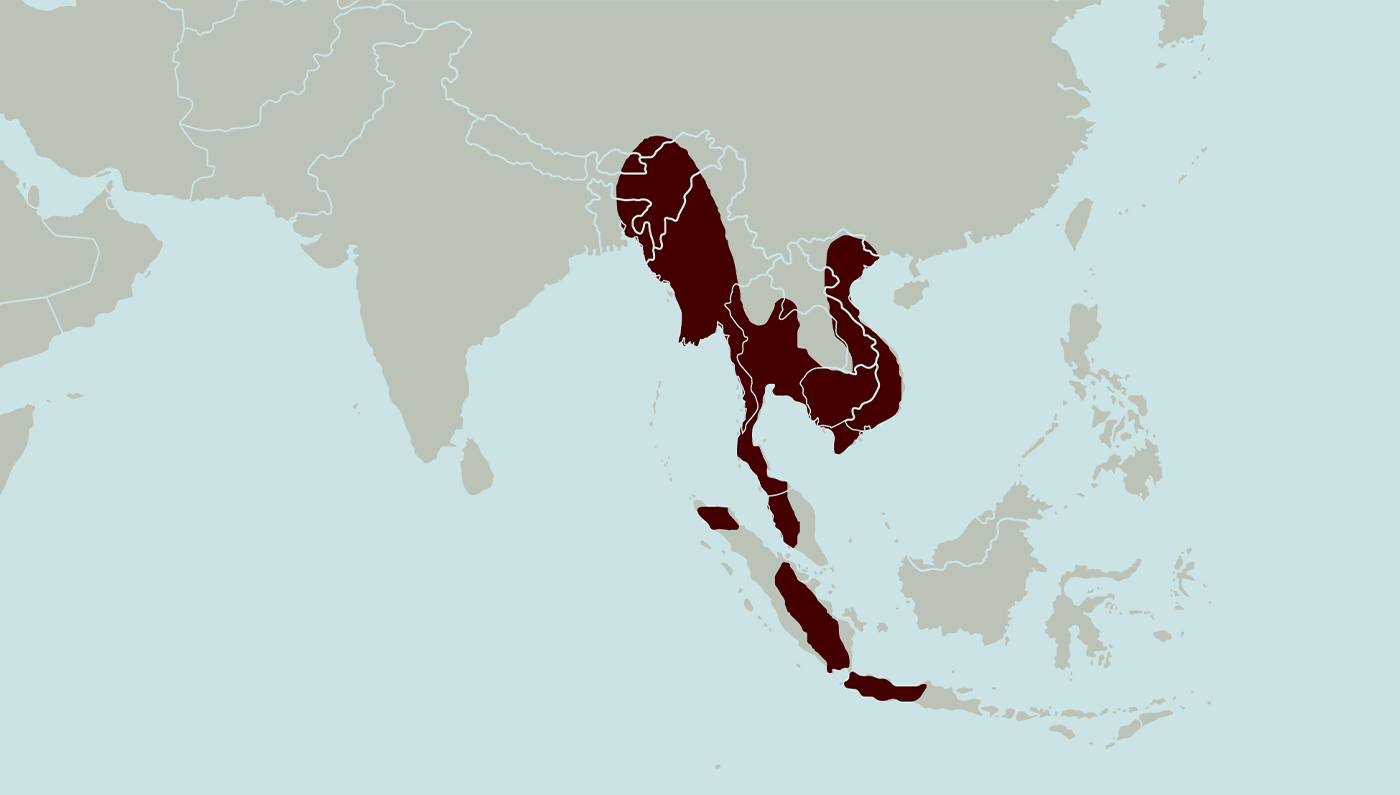 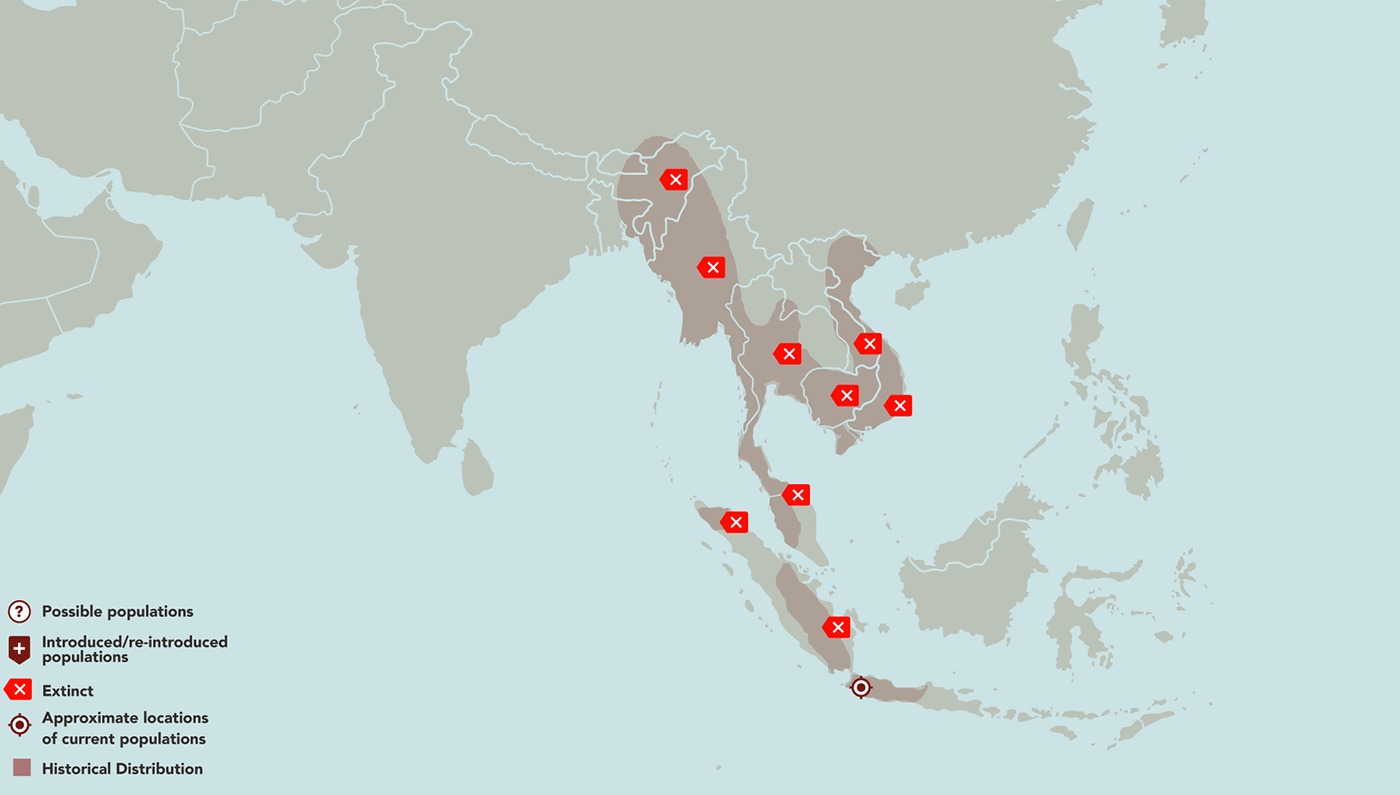 The Indian Javan Rhino R. s. inermis is extinct. By the mid 1800s it was already gone throughout most of its northern range and is thought to have disappeared completely before 1925.
The Vietnamese Javan Rhino R. s. annamiticus is extinct. As recently as 2006 one small population survived in Vietnam’s Cat Tien National Park but it was doomed: the last one died at the hands of a poacher in 2010.
The Indonesian Javan Rhino R. s. sondaicus is critically endangered the only surviving representative of the species. Its situation is precarious as only 63 remain in the wild, all confined to a single location – Ujung Kulon National Park at the western tip of Java.
Swipe to the sides to see more