By NewsroomMay 31, 2021Law & legislation
No Comments 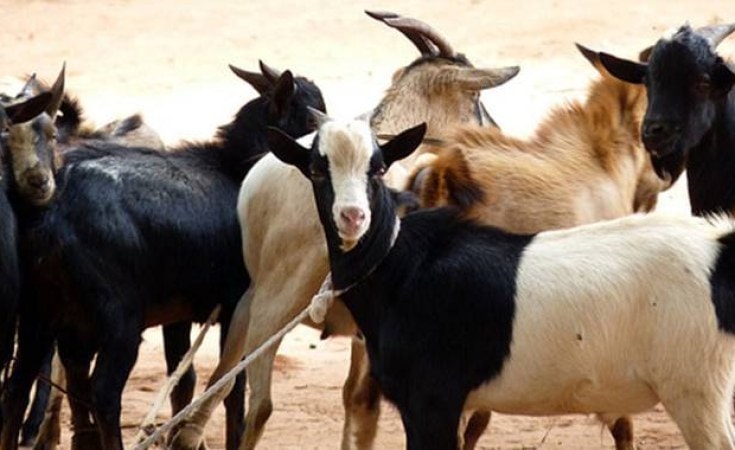 A herd of goats gather together. Image: As originally published by allAfrica.

The Department of Agriculture is about to introduce a new Animal Welfare Act, but all non-agricultural stakeholders have been excluded from the working group drafting it, suggesting that the new Act will mainly benefit the farming industry but not necessarily the animals it’s intended to protect.

There is no representation from Department of Forestry, Fisheries and the Environment (DFFE), the National Society for the Prevention of Cruelty to Animals (NSPCA) which is currently responsible for enforcing the Act nor any other animal welfare organisations. It is therefore difficult to see how this working group has the necessary inclination or competencies in animal welfare.

Currently, enforcement of the Act is undertaken by the NSPCA which undertakes 90%  of all animal welfare investigations and prosecutions with little or no government funding. With DALRRD taking responsibility for neither the funding nor the investigations, the welfare of animals does not appear to be a priority. So, to then embark upon drafting a new Animal Welfare Act without including the main inspectorate, indicates that the working group will not focus on the primary objective of animal welfare.

In fact, the main focus of DALRRD became clear when they kicked off the process with a socio-economic assessment  . This report listed the strategic benefits to be derived from modernised welfare legislation to include: (i) better animal productivity and health; (ii) better food safety and security and (iii) better able to access international markets for animals, and animal products. Animal welfare in light of their sentience and ability to suffer was not mentioned.

In terms of NEMBA (National Environmental Management and Biodiversity Act), DFFE is responsible for the “ well-being ” of wild animals. In addition to their statutory mandate, a resolution  of The National Assembly stated that DFFE and DALRRD should work together in this regard “ The Department of Environmental Affairs and Department of Agriculture Forestry and Fisheries should present a clear programme of work on how they intend to address animal welfare and health issues that had been raised during the Colloquium, which straddle the mandates of the two departments, outlining clear timeframes for achieving this.” In a move reminiscent of its unilateral inclusion of 33 wild animals  under the Animal Improvement Act as farmed animals, DALRRD is again bypassing DFFE as a key stakeholder and ignoring a resolution of Parliament.

Two leading welfare organisations, Humane Society International and the EMS foundation applied to serve on this working group, and both were rejected.

South Africa  currently ranks E on the World Animal Protection Index (A-G), after countries like Mexico, Kenya, and Tanzania. Our legislation scores a C, but the enabling regulations which protect farmed and wild animals, both score an E. South Africa’s farming regulations are not legally binding and have for the most part been drafted by industry themselves who are then left to self-regulate with regards to welfare. Furthermore, these standards are not freely available to anyone looking for guiding standards would have to pay for them from the SABS.

This is not to say that there is no room for improvement in the legislation but, addressing other deficiencies like funding the inspectorate, writing species-specific farming standards, and making them freely available, would provide a more urgent and logical improvement than reinventing the Act itself.

The two departments with the biggest stake in animal welfare, also have the biggest conflicts of interest. DALRRD’s mandate  is rural development and the promotion of rural enterprises and industries. While this may involve animals, animal welfare is often at odds with their main objective, being the profitability of the sector. DFFE on the other hand is responsible for the “well-being” of wild animals but this is not mentioned anywhere in their strategic objectives  .

Conservation, to the extent that it supports “sustainable economic growth and development”, looks at biodiversity and species-level conservation, not the welfare of the individual animals. Both of these departments have competing incentives.

The abuse of animals is often linked  either as a precursor or indicator of women and child abuse. It should therefore be taken very seriously in South Africa and not be treated as a minor component of other industries. Before drafting a new act, the mandate should be reassigned to a neutral department with compatible objectives, like the Department of Justice.

At the very least, a more diverse and widely representative working group with the necessary inclination and competencies should be appointed.