Why Africa needs a common stance at CITES

By NewsroomNovember 19, 2021Wildlife Trade
No Comments 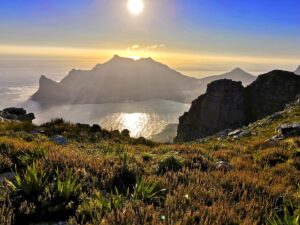 Africa must stand together on issues regarding CITES. Image: Maxpixel.

For several decades, Africa has remained divided at all Conference of the Parties to the Convention on International Trade in Endangered Species of Wild Fauna and Flora (CITES) gatherings.

It is worrying that the continent has not rallied together to speak with one voice on matters that pertains to its conservation agenda, sustainable conservation and trade in wildlife products.

Repeated calls have been made by campaigners for Africa to speak with one voice and promote a common African position on the unsustainable and illegal trade in wildlife products at most major Cites gatherings.

For instance, proposals by SADC countries to have the ban on ivory trade lifted have been strangely opposed by a group of mainly East African countries calling for a total ban on the ivory trade to save elephants from imminent extinction.

The divisions have led to a ban on the open, legal trade in elephant ivory and rhino horn and the imposition of a battery of measures to control domestic ivory markets — mostly in Asia and other parts of the world.

Dr Alistair Pole, a veteran African Wildlife Foundation research and conservation management expert told African journalists at a week long AWF workshop on advanced training on environmental journalism that the CITES — the international treaty that regulates the trade in wildlife products which dates back to 1975 — was deeply flawed and biased against the interest of Africa.

“Cites treaty is deeply flawed,” he said. “Cites was created to facilitate and manage trade in endangered species but it has now become a political organisation and Africa is the biggest loser.

“Some of the systems it uses have not changed over time. Decisions made at Cites are the outcome of a system of global votes. The share of votes must vary depending on the share of say elephant (wildlife) resources.

“Africa needs to have a common position. The continent must unite and rally behind its own interest. Africa must speak with one voice. We have to have Africans voting for African solutions.”

This, he said, would mean that African countries can push for a common position that is beneficial to the whole continent.

“The conservation agenda of Africa is still being dominated by Europe and other outsiders. Until we mobilise the people of Africa to take charge of conservation, until Africa mobilises itself and tells the world what it wants, nothing is going to change,” the wildlife expert said.

Dr Pole urged African journalists to tell the African story of conservation and push for the continent’s agenda at all major Cites gatherings.

“The media needs to tell this story out, it needs to advance this agenda,” Dr Pole said. “Africa has more than 8 300 protected areas covering some 2,3 million square kilometres. Africa, in particular southern African countries have registered tremendous success in wildlife conservation.

“I don’t think the world is giving credit to southern African countries’ success to wildlife conservation. Co-existence of people and wildlife is hugely an important part of work that matters most in southern Africa.

“In southern Africa we have had far too many successes and the challenge now, is just how do we manage that conservation success.”

Dr Pole expressed concern that Cites was ignoring the southern Africa success story in conservation management and wrongly pushing the notion that the only solution to end the crisis caused by poaching and illegal trafficking, is to completely ban all trade in ivory.

Olivia Mufute, AWF’s country director for Zimbabwe said there was need for agreement on a common position to address the plight of all increasingly endangered African species and on holistic management of wildlife.

“Cites is restricting trade. And, when people don’t benefit, people don’t see the value of wildlife conservation. It’s sad that a lot of decisions are made by people who have never seen an elephant,” she said.

“This is a resource that we have as Africa. It’s sad Africa is not being allowed to trade in ivory. We need that common voice, that common vision to advance Africa’s conservation agenda.”

Dr Pole said there were many fundamental loopholes and flaws in the Cites treaty regulatory system that needed to be addressed to help African local communities to benefit more and realise value of their wildlife.

“Africa cannot make a decision on what happens to deers in Europe. When Africa is not united, it encourages anti-trade actors to influence other African countries to vote against trade in ivory.”

Most African protected areas need about US$200 per hectare to maintain and protected wildlife species in their game parks.

Many in southern Africa are struggling to maintain the parks due to lack of adequate resources and manpower. Southern African nations including Botswana, Namibia, Zimbabwe and Zambia have for years been battling the global wildlife trade regulator to grant them rights to sell ivory acquired through natural deaths, confiscations and culling.

The countries are home to the world’s largest elephant population.

Southern Africa is home to half of Africa’s elephants and Zimbabwe’s population of more than 100 000 against a carrying capacity of 45 000, is only second to that of Botswana in the world.

Western countries supported by many other animal rights groups have been on a global drive to shut down all Asian ivory markets as well as pushing the US and European countries to impose a total ban on ivory trade.

For decades, debate over sale of ivory from African elephants has focused on the benefits that income from ivory sales may bring to conservation and to local communities living side-by-side with these large and potentially dangerous animals versus concerns that such sales may encourage poaching.

Most Southern African countries which include Zimbabwe, Namibia, Botswana, Zambia, Tanzania and South Africa have always supported the proposal to review of the ban on trade in ivory.

Angola’s herd declined sharply from 70 000 — its pre-war figure (1975) as elephants migrated to Botswana at the height of that country’s civil war.

Sadc countries often stand nearly alone in opposing the destruction of illegal ivory stockpiles and a total ban on ivory trade among a slew of measures widely believed to combat poaching.

Zimbabwe, Botswana, Namibia and South Africa benefited from their stockpiles in 2008 when Cites approved a once-off ivory sale to China and Japan.

Other sales in these countries took place in 1999 and 2008 and earned some US$20 million for elephant conservation and community development programmes in and around the elephant range areas.

Zimbabwe and some Sadc countries are concerned about the negative consequences of a ban in trophy hunting, ivory trade and destruction of stockpiles.