Why is poaching prevalent in Chobe National Park, the Okavango Delta? (Botswana)

By NewsroomFebruary 4, 2020Anti-poaching, Conservation
No Comments

There has been a lot of reporting about poaching in some of Botswana’s national parks and government has as always played down there porting saying there was no poaching.

First as a concerned citizen, I call upon President Mokgweetsi Masisi to stop forthwith being dishonest with Batswana.

I listened carefully to his press conference on arrival at the VVIP lounge when he disembarked from the Qatar Airways flight on January 26, 2020, insinuating that the upsurge of rhino poaching was some kind of conspiracy.

Nnyaa Rraetsho, we are having this problem because of the incompetence of your armed forces i.e. the Botswana Defence Force (BDF) to be specific. 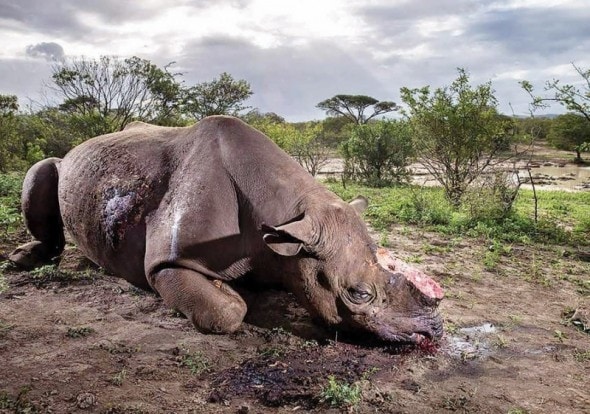 Mr President you have a BDF Commander and his general staff, and senior management who never spent a single night in the bush with the soldiers. They deceive you claiming to be going on inspections spending a lot of money staying in hotels being on government-sponsored holidays. As a litmus test, I challenge them to look you straight in the face and confirm if Generals Mompati Merafhe and Ian Khama ever stayed in hotels whilst on operational trips? They never did.

I will not dwell on Generals Matshwenyego Fisher and Tebogo Masire as I will be wasting space writing about them.

Mr President you were a sitting member of the Central Intelligence Committee before attaining your position and you know very well that poaching was a priority reported in the intelligence assessment by the Director General DIS, every Tuesday until an anti-poaching coordinator was appointed.

This coordinator from the military reported the devastating effects every week and measures were taken to address the situation. When you took over the Presidency, you and your senior bodyguard Peter Magosi reversed everything that was in place to address poaching in Botswana.

Poaching is real, these teams assembled in Mambova village in Zambia have nothing to lose.

Mr President, you should apologise to Batswana that you and your disinformation machinery have been dishonest. You disarmed members of the DWNP anti-poaching game scouts on a silly charade that they were a threat to your life and were incompetent of using their newly procured FN rifles, were you aware that these were former members of the BDF?

These game scouts are deployed in the Tsabong area and have never been deployed in the area where poaching of elephants and rhinos is rampant and you know this for a fact.

Sir, it is only the BDF, which is deployed in that area. To jog your memory, the Botswana Police Special Support Group is deployed in the Central Kgalagai Game Reserve and the Directorate of Intelligence and Security is deployed in Orapa, Jwaneng, Nxai Pan, and Makgadikgadi Game Reserve whilst the Prison Service supervised by the DIS is in the Ngwasha and Panda area, none of them are in the border zone.

Mr President, your soldiers are no longer an impeccable fighting force that fought poachers in the yesteryears, those soldiers lifted the country]’s name during the Merafhe and Khama days.

The current crop is afraid of engaging poachers because they do not have fighting capability, their weapons are old and rickety they are no match to former UNITA soldiers and Zambians, who cross the Caprivi-strip easily into the delta.

They spend a lot of time watching TV in an operational area, they leave the operational area every month end to draw salaries, what do they buy in the bush, where have you seen this happening? There is lack of appropriate strategy, lack of coordination with neighbouring States as you instil that their priority is involvement in politics, there is a lot of poor leadership, experienced officers are deployed in areas are not qualified, there is no political will to address the situation.

You are failing to provide them with the necessities of fighting an enemy. The BDF does not have communication radios, patrols do not communicate with either their base for support or air support, they do not have vehicles, they do not have simply batteries including GPS’s, they do not have night goggles, their night fighting capability is zero. They are ill-trained, this can be witnessed by the recent killing of a rhino hardly two kilometres from the special forces camp. Is that not an embarrassment? Who is supporting the military with intelligence? Your so-called DG responsible for intelligence, is always following you, since when has he become your senior protection officer? It is not surprising as poaching is way above him, he failed dismally when he was the brigade commander and eventually had to find the easier way out of the military. If they are unable to protect our wildlife, can they protect the nation or yourself, are they not going to crumble in time of need?

Mr President, advise your aunt at the Ministry of Tourism that dehorning these rhinos will be a disaster as the intruders will just kill them to eliminate tracking them for distances and only to find that they are dehorned. In summing up, apologise to the nation for lying. Like Kgosi Ngakaagae said, “Masisi should press the reset button and shouldn’t be ashamed to do it. It’s not an unpartisan issue. It’s about an iconic, endangered species”. Your tribesman at the Ground Forces Command is incompetent please drop him! Stop embarrassing Batswana, swallow your pride and be man enough to say I am sorry. Let us employ quality and not quantity.