Why more poachers get away scot-free – India 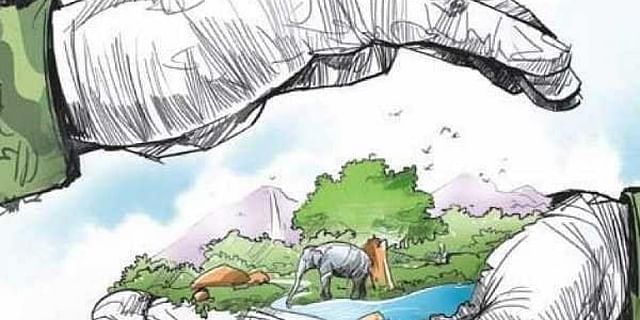 Why do wildlife poachers get away with it? Image: As originally published by The New Indian Express.

Poor conviction rate and inaction by officials have cost the Forest Department vital village-level informers. Many of them have reportedly stopped passing on information after the department failed to hand down severe punishment to several accused caught for poaching.

Village-level informers or members of village forest council play a vital role in preventing poaching, as they periodically pass on information about people venturing into forest and cooking meat of wild animals, to the department.

Says Sathyanathan, who once worked closely with the department, “What is the point in sharing information? In most of the cases, the accused is set free the same day after levying a meagre fine. In serious cases, the accused are out in maximum two weeks. Besides, the accused also gets to know about our identity from the officials, and we are constantly harassed and abused. We are also intimidated.”

Many persons like Sathyanathan, from Manapparai, Manachanallur, Thuraiyur areas, have stopped giving information to the department fearing backlash.According to the Wildlife Protection Act, 1972, an accused caught for hunting Schedule 1 and Schedule 2 animals should be immediately remanded, while an accused caught for hunting Schedule 3,4 and 5 animals can be let off by paying a compound fine. However, officials from the department say they are unable to build up strong cases against the accused owing to pressure from various sides. Citing incidents from 2019, when two hunting groups involving 21 and 42 poachers were let off within 48 hours with a meagre fine, a forest official, on condition of anonymity, says “They were let off with fine less than `500 owing to pressure from local politicians and this does not deter them from committing the crime again. The lack of information from village-level sources certainly affected our efforts in nabbing poachers. In the past few months, most of the accused got away before we received information and arrived at the scene of crime. We are hardly getting a couple of cases a month these days, against the 10 to 15 we used to get earlier.”

Says Kiran, District Forest Officer, Tiruchy, “We are looking at various ways to address the issue. Apart from creating more awareness among villagers on helping us nab poachers, we also planning to levy maximum fine up to `25,000 on those caught poaching.”