By NewsroomAugust 20, 2021Anti-poaching
No Comments 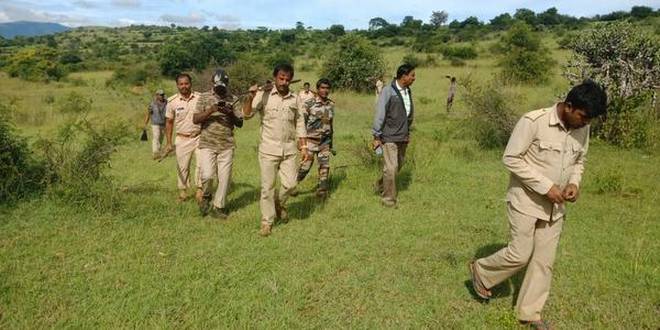 Forest department personnel in the Bandipur forest. Image: As originally published by The Hindu

The reshuffling of more than 200 Anti Poaching Camp (APC) staff in Bandipur Tiger Reserve has drawn a strong rebuke from a member of the State wildlife board who says the move was ‘imprudent’.

Bandipur is home to nearly 130 tigers. The APC personnel, spread across the national park, prevent the entry of unauthorised persons into the protected area. Their presence acts as a deterrent to poachers

Excellent park management coupled with timely action through anti-poaching camp personnel has ensured a robust population of tigers over the years.

Hence, State Wildlife Board member Joseph Hoover has taken exception to reshuffling of APC personnel. He said the move was ill-conceived as some of the personnel have been shifted about 30 km away from their homes or earlier postings. This, he said, was fraught with danger as most of the APC personnel are people from adjoining villages who are absorbed as forest watchers, and this also helps maintain a harmonious relationship with local communities. “It helps to cool frayed tempers in man-animal conflict situations,” said Mr. Hoover.

S.R.Natesh, Director, Bandipur Tiger Reserve, justified the reshuffling as an administrative move taken in the larger interest of ensuing that APC personnel do not feel jaded or stagnant having worked in the same area for years.

Mr. Hoover said relocation of staff is the prerogative of the field director of the tiger reserve and nobody is questioning the administrative powers of the senior officers concerned.

“We are questioning the ill-timed move to relocate frontline staff, who are literally the eyes, nose and ears of our wildlife landscapes. They are more critical to forests than officers. Of late, there have been frequent violations of wildlife regulations,” said Mr. Hoover.

The officials concerned could have relocated these personnel either within the same range or to an adjacent range. Instead, forest watchers have been transferred to distant anti-poaching camps, some of which are 30 km away, according to Mr. Hoover.

Officers who have had a long tenure should be relocated, not temporary forest watchers, he added.