Wildlife tourism in the pandemic: what will happen to the parks, staff and animals?

By NewsroomMay 20, 2020Conservation, Tourism
No Comments

For more than two decades, M Khairi spent his days working as a park guide, accompanying a steady trickle of tourists keen to trek across the lush forests of western Indonesia or spot an endangered orangutan.

But like thousands of others who earn a living from the 56 conservation sites across the archipelago – all shuttered since March to help stem the spread of the novel coronavirus – Khairi is now out of a job and struggling to make ends meet.

“Around 500 of us have lost our jobs,” he told the Thomson Reuters Foundation of his fellow guides at the Gunung Leuser National Park on Sumatra island.

Globally, more than 3.5 million cases of COVID-19 have been confirmed, with deaths topping 250,000, according to a tally by Johns Hopkins University.

As countries move to contain the respiratory disease by shutting down their economies and enforcing restrictions on movement, national parks and conservation areas are also feeling the pain.

From guides and forest communities who rely on visitors for a living, to conservation efforts in protected areas and the wildlife that depend on those habitats, environmentalists warn the pandemic could have far-reaching consequences. 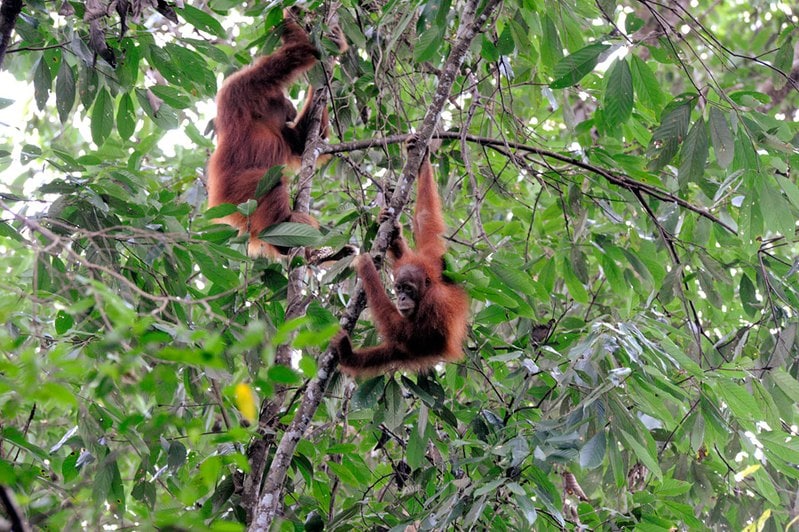 Indonesia’s foreign tourist arrivals fell 64% year-on-year in March to about 471,000, or fewer than half of January’s number, as the coronavirus outbreak discouraged travel, data from the statistics bureau showed.

The government has warned that the country could lose more than $10 billion in tourism revenue this year.

Khairi, who has four children to support, has managed to find low-paid manual work in a rubber plantation but has received no financial help from the local government and is worried about the future.

In Africa, the COVID-19 pandemic has hit communities that rely on the wildlife tourism business for their survival in countries like Rwanda, Kenya and Botswana.

But with airports and borders now closed, most of those revenues have evaporated overnight.

Not only has that cut off the economic activities of millions of impoverished families living in and around Africa’s national parks and protected reserves, it has also damaged forest conservation and anti-poaching efforts.

With little government funding, the continent’s national parks largely depend on tourism revenue to run their operations and care for the animals and plants that thrive there.

“The lack of funds means parks cannot do frequent patrols as they need fuel for their cars and they need food for rangers to go on patrol,” said Kaddu Sebunya, chief executive officer of the African Wildlife Foundation.

“There are no tourists and fewer rangers around due to social distancing measures, making it easy for criminal networks to harvest natural resources.”

Sebunya said his biggest worry was for the 20 million-30 million Africans who earn a livelihood directly or indirectly from tourism.

Many are involved in eco-tourism projects – from running safari lodges to giving village tours or selling traditional produce and handicrafts – and have no other way to eke out a living besides subsistence farming. 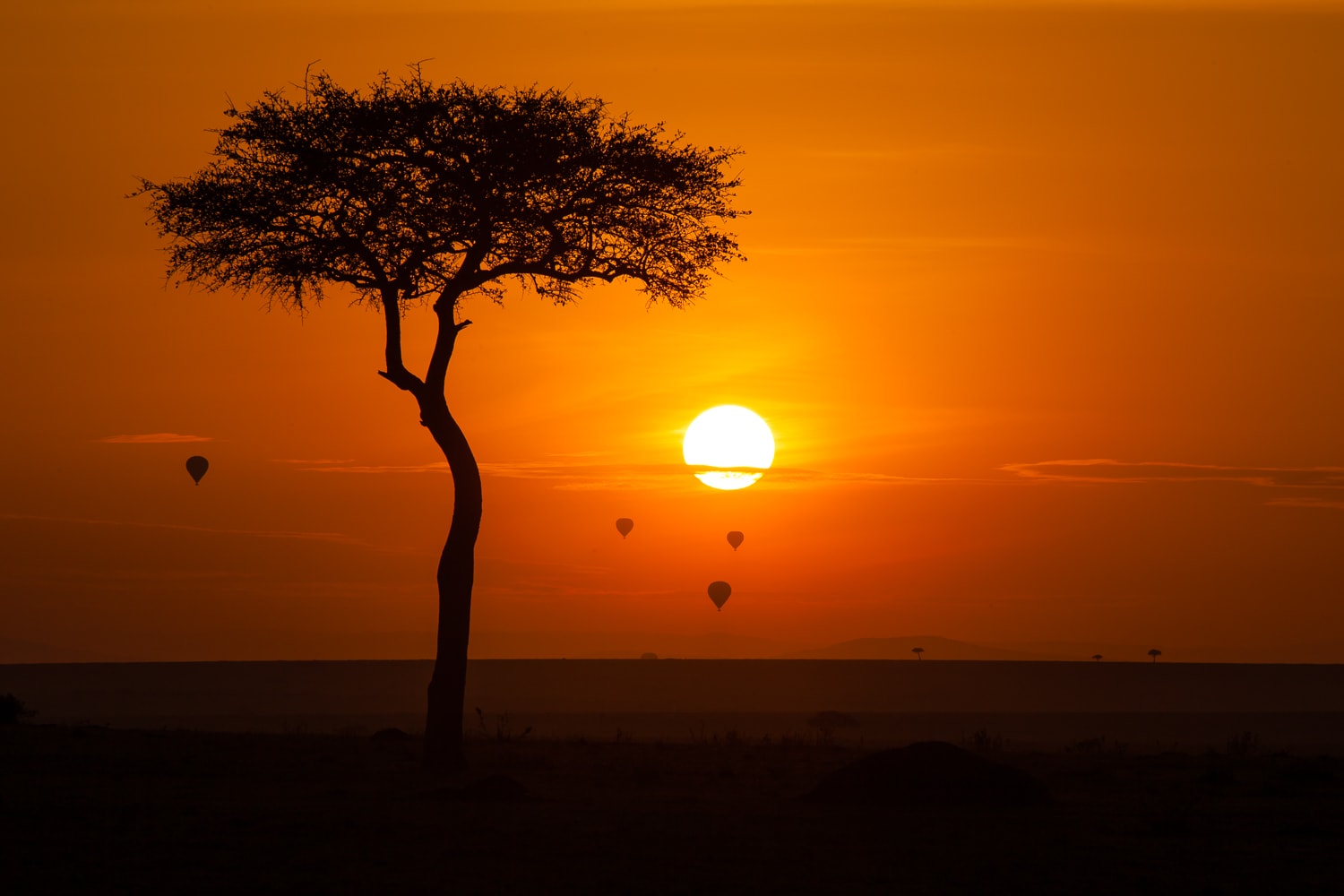 Ballooning over the Maasai Mara in Kenya. “There are no tourists and fewer rangers around due to social distancing measures, making it easy for criminal networks to harvest natural resources,” says Kaddu Sebunya, chief executive officer of the African Wildlife Foundation. Photo: Wikimedia Commons.

Conservationists fear that desperate communities – which have for decades helped control deforestation and poaching – may be exploited by criminal gangs to poach endangered animals or cut down trees for the charcoal trade, to get by.

“People are not going to sit home and starve. They will rely on what natural resources are next to them. If it’s a forest, they will cut the trees. If it’s a park, they will hunt the animals. If it’s a river, they will over-fish,” said Sebunya.

Those laid off from jobs in tourism lodges or as rangers “know the parks better than anyone else” and are at risk of being targeted for recruitment by poachers, he added.

The 46 UK-based charities that form The Wildlife Trusts are also dealing with unprecedented challenges from the pandemic.

Conservation in Britain – one of the world’s most nature-depleted countries – has become harder than ever during the novel coronavirus outbreak.

Some staff at the network have been furloughed while those still working have lost valuable time on dealing with a proliferation of illegal activities such as shooting wildlife and fly-tipping, it said.

Vital conservation work has had to be put on hold, meanwhile, leading to an explosion of invasive species, deterioration of rare wildflower meadows, stalled reintroduction of wildlife and potential loss of species such as dormice.

“These are desperate times for our movement as income from visitor centres and fundraisers has crashed, yet the demands of caring for thousands of nature reserves are higher than ever,” said Craig Bennett, CEO of The Wildlife Trusts.

Bennett also pointed to the negative impact of delays in new legislation, the halting of animal vaccination programmes and beach clean-ups, and a rise in fly-tipping, vandalism and theft on nature reserves, as well as illegal shooting of rare birds.

Governments worldwide have their hands full dealing with the “human emergency” of COVID-19, making it difficult to argue for investment in nature right now, said Onno van den Heuvel, global manager of the Biodiversity Finance Initiative at the United Nations Development Programme (UNDP).

But biodiversity conservation provides an estimated 22 million jobs globally, he said, adding that during lockdowns, people could help by crowdfunding ongoing projects.

UNDP is now considering specific crowdfunding campaigns for three to six countries to raise money to keep rangers in their jobs, for example, while also supporting their communities, many of whom were already poor before the pandemic, he added.

“Parks are closed, tourists are at home, and their revenue sources have been drying up – and they’re really in immediate need of additional funding,” he said.