Wildlife trade: The unsustainability of ‘sustainable use’ (Part 1)

By NewsroomApril 25, 2020Conservation
No Comments

Global calls to end the wildlife trade are eminently sensible. Nonetheless, prominent academics have defended the trade on the grounds that it generates economic benefits. They argue, for instance, that if wildlife markets and breeding farms were shut down in China, 14 million people would go without livelihoods. This figure is from a newspaper article, but appears to have no scientific backing. Even if true, it seems a poor reason to support an industry that may precipitate global economic collapses like the one presently caused by Covid-19.

At the root of this debate is an ideological confrontation. On the one hand are those who call for new economic models that pivot away from treating the environment as free capital to be endlessly exploited for human consumption. On the other hand, there are those who believe in the “sustainable use” of natural resources; that better regulation can overcome the failures of the current model. The animating proposition is that a maximum sustainable yield (MSY) can be scientifically established and a quota for extraction set that doesn’t undermine “stock” replenishment ability. With the appropriate allocation of incentives and governance mechanisms to avoid over-exploitation, sustainable extraction can be achieved. 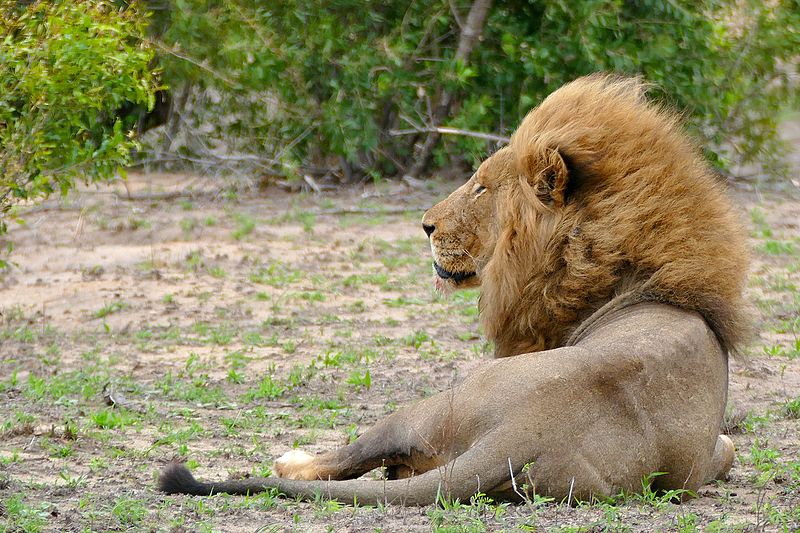 The South African government continues to call for increased utilisation and even the farming of wild species. Image: Wikimedia Commons.

Slight problem: When this model fails, the default response is that the incentives need to be fine-tuned. So, we tinker round the edges while the planet burns.

But the South African government continues to call for increased utilisation and even the farming of wild species.

“Sustainable use” ideology ignores the complexity of ecological systems and the impact of repeated over-extraction on the functionality of those systems over time. Perhaps the starkest example of economic activities justified under the auspices of “sustainable use” is South Africa’s captive lion-breeding industry. The government and its scientific authority see it as providing a potential buffer against wild lion exploitation.

In other words, if we breed lions in captivity, we will be able to supply a sufficient volume of their derivative parts (bones, claws, teeth and paws) to satisfy consumers that would crowd out illegal procurement. This ignores the opportunity costs of the activity in terms of the negative impact on a country’s reputation. It ignores the criminality – that legal trade provides a channel for laundering illicitly procured product – embedded in the trade. And it ignores the fact that (while correlation shouldn’t be confused with causation) wild lions are being exploited for their parts in Mozambique (in the Greater Limpopo transfrontier reserve). Demand for parts continues to grow, however, resulting in industry growth from about 5,800 lions in captivity in 2013 to more than 8,000 in 2019.

Behind the ideological confrontation is a battle over the correct interpretation of Section 24 of our Constitution:

Everyone has the right to:

— an environment that is not harmful to their health or well-being; and

— to have the environment protected, for the benefit of present and future generations, through reasonable legislative and other measures that ­

— secure ecologically sustainable development and use of natural resources while promoting justifiable economic and social development.

Curiously, the phrase “sustainable utilisation” does not appear to be anywhere enshrined despite what its proponents would have us believe. The late Environmental Affairs minister, Edna Molewa, defending the captive lion breeding industry, reduced her government’s interpretation to this soundbite:

“South Africa supports the trade in legally acquired specimens such as hunting trophies and other lion specimens such as skeletons in line with our sustainable utilisation policies.” A study was under way, she said, to “strengthen the evidence base for the annual review of the export quota, in order to ensure that it is sustainable and not detrimental to wild populations”. That research concluded that South Africa should continue a legal lion bone trade under “adaptive management”.

But the parliamentary colloquium which followed Molewa’s oped in August 2018, strongly concluded – with extensive input from groups typically in favour of the government’s interpretation of “sustainable utilisation” – that the industry should be terminated. This was subsequently adopted as a parliamentary resolution.

These calls continue to go unheeded. Neither a single government report, nor responses to Parliament, acknowledge the parliamentary instruction to terminate the captive lion-breeding industry.

The government’s response, instead, was to promise a “high-level panel” (HLP) to review policies pertaining to rhino, lion, elephant and leopard management, trade and hunting. Minister Barbara Creecy took up the mantle from Molewa and has now appointed this panel. The official terms of reference, as minimalistic and vague as they were, strongly suggested premeditated support for trading in wild animals and their parts, and in favour of trophy hunting.

Moreover, the way in which panel members were selected casts a cloud of suspicion over the integrity of the process. Gazetted criteria for selection to the panel were that nominees should be experts in “sustainable use”. These concerns were raised in a detailed letter from the Wildlife Animal Protection Forum to the minister and the director-general. A government press statement from October 22, 2019 indicated that the HLP would fortify its existing position (and the statement was only released after the panel had been selected). New terms of reference were then published.

On 27 March, the government issued a call for evidence to be submitted to the HLP. It stipulated a 60-day deadline. A legal letter to the minister followed, detailing objections to this procedure.

First, the call for submissions was gazetted online, but not sent to all stakeholders.

Second, this panel exists to bolster the government’s “sustainable use” position, but it had no obvious guiding criteria for reviewing legislation or policy at the time it was constituted. When it “probes the breeding of lion in captivity” (as stated in the press release), for instance, exactly what is it probing for? Nowhere does HLP documentation state that it is designed to implement the parliamentary resolutions adopted by the National Assembly to terminate captive predator breeding.

Third, the call for submissions is “so broad and vague as to give stakeholders very little idea of the kind of information the HLP will regard as relevant, or the format in which this information should be submitted”.

Finally, the timeframe of 60 days is clearly unreasonable, given the effects of the nationwide lockdown. Moreover, “new evidence is emerging at a rapid rate about the origins of Covid-19 and the potential of humans to infect wild animals in turn.”

Beyond the premeditated HLP construction and associated procedural confusion, a number of HLP members have an apparent vested financial interest in a particular set of outcomes. This removes all pretence of independence or objectivity, two basic criteria of decent governance. In no particular order, the following panel members have potential financial interests in the outcomes:

Mr Andries Lucas van Coller is the president of the Professional Hunters’ Association of South Africa (PHASA). He is an avid supporter of all types of hunting, including of captive-bred lions. He therefore appears to have a vested financial interest not only in the panel supporting trophy hunting in general, but in supporting the entire captive lion-breeding industry specifically. How can one expect him to make objective decisions or weigh the evidence dispassionately?

Stewart Dorrington is the chairman of Custodians of Professional Hunting and Conservation South Africa. While vehemently opposed to the captive breeding of lions for canned hunting (and therefore refreshingly at odds with Van Coller), he presumably has a strong a priori interest in ensuring that trophy hunting continues to be legislatively supported.

Mr Deon Swart is the CEO of the South African Predator Association (SAPA), which represents a small minority of the country’s captive lion breeders, but is the only official body organising captive breeders. He appears to have a direct interest in perpetuating the myths on which the whole captive lion breeding industry thrives – that it has conservation value, for instance.

Ms Elizabeth Johann Lizanne Nel is the conservation manager of the SA Hunters and Game Conservation Association. Again, it is hard to see how she would read evidence questioning trophy hunting in an objective manner.

Mr Teboho Mogashoa is the president of Wildlife Ranching SA (WRSA), an organisation with an obvious interest in consumptive wildlife utilisation. A recent report and a number of academic papers have highlighted the extensive tail risks to practices in some elements of ranching that are diametrically opposed to conservation outcomes. Mr Reuben Malema is an avid supporter of legalising the trade in rhino horn and a member of the WRSA, along with Ms Mmboneni Esther Netshivhongweni (who is also on the board of directors of PHASA).

So, here we have at least seven of the 25-member panel who have potential financial interests in particular outcomes and seem unlikely to read Section 24 in a way that reflects the judiciary’s near-unanimous interpretation that ecological sustainability should be the guiding criteria for when use may or may not be appropriate.

The panel should become acquainted with these judgments, which will be outlined in Part 2 of this series, before they start their work. It remains unclear what kind of legal standing the outcome of the HLP will have or what kind of legal power its findings will give the minister in terms of setting regulation.