By NewsroomSeptember 23, 2021Wildlife Crime
No Comments 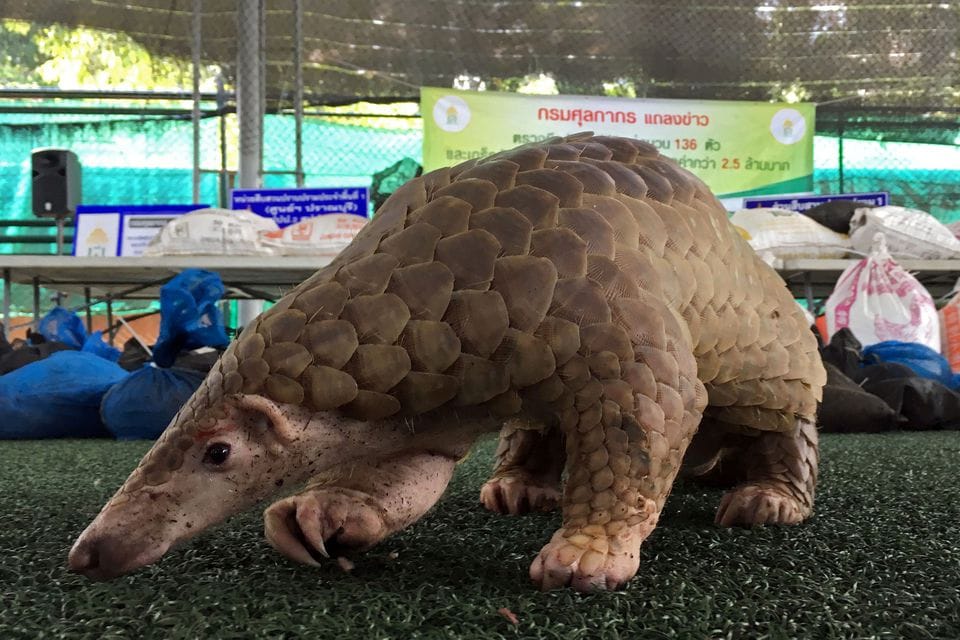 A pangolin walks during a news conference after Thai customs confiscated live pangolins, in Bangkok, Thailand. Image: As originally published by Reuters.