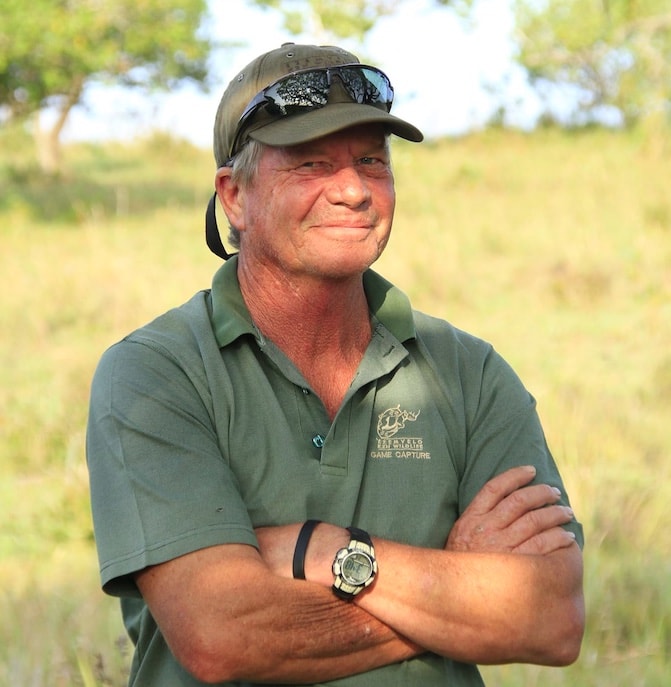 Renowned and well-respected South African wildlife veterinarian Dr Dave Cooper has taken to social media to share his exasperation with the country’s rampant rhino poaching – and to call the government and resident South Africans to arms. Cooper is involved in various organisations, including Rhinos Without Borders, African Wildlife Vets (which he co-founded) and he works full time with Ezemvelo KwaZulu-Natal Wildlife.

Here follows an abstract of his statement on Facebook.

Last Tuesday was possibly the worst day yet of my 40 years as a veterinarian, the last 27 of which have been working with African wildlife, especially rhino. And, considering what we’ve all had to deal with in recent years, that’s saying something. I came face to face with the ultimate in horrific, brutal cruelty – I dare not describe it in detail for fear of being shut down by Facebook, but believe me, it was shockingly awful!

And it has forced me to speak up again after many, many months of silence, of deliberately only reporting positive news in an attempt to ward off the constant negative narrative. We who work with rhino in particular, realise that so little has been said about rhino poaching in the past 18 months that people might quite legitimately believe that the situation has improved, that the crisis has passed and there are more important issues to focus on (pandemics will do that to a society).

It’s time to correct that false impression. RHINO POACHING IS AT A CRITICAL LEVEL! A much-circulated recent count of 23 rhinos poached within a 36 hour period countrywide caused some people to sit up and take notice. Poaching has been rising steadily for months now, while the silence from official government communications and mainstream media is deafening. After ten days of solid death and destruction – some days two dead rhino became four as we discovered corpse after corpse – culminating in Tuesday’s hideous experience, I believe we HAVE TO let the world know that the war is as vicious as it ever was.

I’m exhausted, I’m furious, I’m devastated. PTSD is a real consequence in this career and I’ve seen the fallout in too many good people. Some days (most) I want to scream it out for everyone to wake up and acknowledge what’s really going on. SOMEBODY needs to do a whole lot more to rein this slaughter in. But who is that somebody? All of us, that’s who! OUR rhino are dying in numbers.

Years ago, under the former Minister of Environmental Affairs Edna Molewa, the catchy slogan was ‘Not on our watch ‘. But guess what? It IS happening on our watch! And we vets, rangers, managers, front line personnel are sick to the core of dealing with cruelty, brutality and the greed-fueled destruction of our wildlife that continues unabated and unpunished. It’s time for the whole world to get angry with us and help to bring about change.