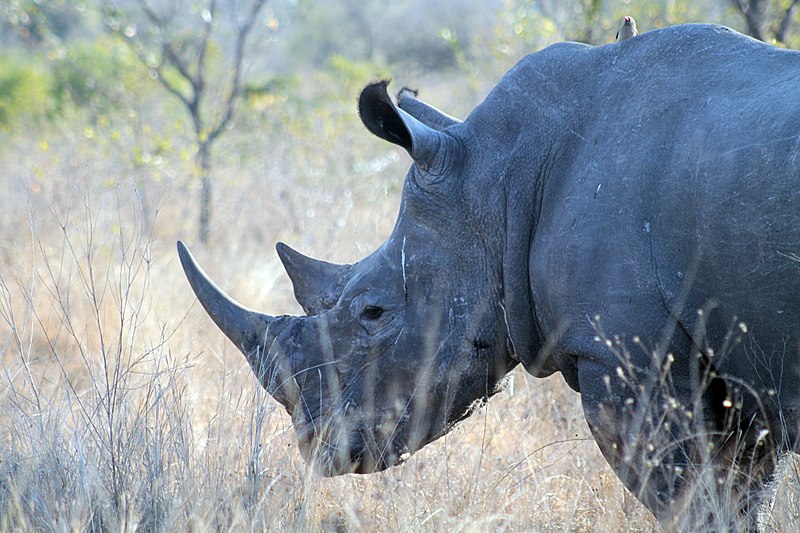 Will the legal international trade in rhino horn save the wild rhino population? This is a question that finds scientists, policymakers, conservationists, and NGOs on polar opposite ends of the debate, resulting in what seems to be an effective deadlock. As wild rhino numbers continue to decline in Africa, many believe that the only way to save to future of the rhino is to lift the ban in the trade in its horn. Others are equally vehemently opposed to lifting the ban, mostly concerned that to do so would see an unprecedented surge in rhino poaching. While scientists have had two decades to investigate the potential effects of lifting the ban, the answers have been conflicting and provided no clear conclusions.

A study sponsored by the Graduate School for Production Ecology and Resource Conservation and the Netherlands Organisation for Scientific Research set out to summarise and review the effects of legalising the trade in rhino horn, the pros and cons thereof, and the vast amount of data available for each side of the debate. For those looking to understand the complexities of the arguments, this is a good place to start.

The main theoretical arguments for legalising the trade in rhino horn can be simplified as follows: firstly, it would create a legal market that could offset poaching and secondly, this legal market could provide the necessary financial viability to keep, protect and breed rhino populations. The researchers focussed mainly on South Africa on the basis that private wildlife ownership is permitted by law and that South Africa was, in 2010, home to an estimated 95% of the remaining white rhino and 40% of the black rhino in the world. With these arguments in mind, the report identified and selected four primary mechanisms occurring in both scientific literature, as well as the arguments for and against put forward by conservationists and private rhino owners: 1) financial viability for private rhino owners, 2) rhino horn demand, 3) laundering of rhino horns and 4) behaviour of rhino horn consumers.

·        80% of land in South Africa is privately owned, and South African law allows for the private ownership of wildlife

·        Therefore, private rhino ownership could play a critical role in conserving the species.

·        Increased costs to provide security in the face of the dramatic rise in rhino poaching are prohibitive.

·        The sale of harvested rhino horn could be used to fund anti-poaching measures and could serve as an incentive to encourage others to keep rhinos.

·        The tax raised through legally traded horns could be fed back into the system to keep wild rhinos safe (the authors argue that this is more likely to go towards politically important causes such as health care and housing).

·        The authors of the study agree that legalising rhino horn trade would have a positive effect on captive rhino populations but question whether or not it would result in a significant financial benefit to the conservation of wild populations.

2. Demand for rhino horn – Would legalising the trade increase the overall market demand and how will the illegal market respond?

·        Previous studies indicate that there is a demand of at least a million people in Vietnam alone.

·        Rhino horn grows at an average of 6cm per year, and the reproduction rate is one calf every 3-5 years; therefore, the process of farming horn is relatively slow.

·        Lifting the ban will remove the stigma attached to the consumption of rhino horn.

·        A substantial increase in demand could promote a positive feedback loop dubbed the Anthropogenic Allee Effect – that is, demand for products increases as the animal species abundance decreases.

·        The effect of price on overall demand and illegal demand is ambiguous, and it is difficult to control the final price – legalising trade may not drop the price sufficiently to make illegal trade or consuming not worthwhile.

·        Understanding and anticipating motives behind consumption is critical in reducing demand.

·        Demand is expected to continue to rise with economic and population growth in Asia.

·        Here the authors conclude that it will likely be impossible to satisfy the demand with legal horns and so legal and illegal markets would exist in parallel, particularly if illegal horns come at a lower price.

·        Legalising rhino horn trade would need to be highly regulated.

·        The potential for even 5% of the legal market consisting of illegal horns could be problematic for the remaining rhino population.

·        It is generally believed that the ultimate solution to stop rhino poaching lies in a change of consumer behaviour.

·        The demand could be drastically reduced by creating a uniform morality that it is wrong to purchase products that compromise the survival of a threatened species.

·        While there are several programs in place to change perceptions around rhino horn, these have yet to be successful.

·        Traditional Chinese Medicine is increasing in popularity, promoted by the Chinese government, and supported by the World Health Organization.

·        Interviewed consumers are aware of the extinction risk for rhinos but do not feel responsible.
·        Legalising the market can be considered the complete opposite of campaigning to reduce demand – legalising marijuana caused a rise in total consumption due to new users

While the authors acknowledge that there are instances where legal commercialisation of animal products has had potentially beneficial effects for the conservation of certain species (such as the trade in crocodilian skins or bison mean), they also point to examples where it has had the opposite effect, such as the ivory and lion bone trades. Previous studies point to five different criteria if wildlife farming is likely to be of benefit to a specific species:

1.     There cannot be a consumer preference for wild-caught animal products – unlikely to always be the case with rhinos since larger rhino horns make for more impressive status symbols and there is a general belief that the suffering of the animal will increase medicinal potency.

2.     A substantial part of the demand should be met, and the demand should not increase due to legalisation – research from consumer countries does not indicate that this would be the case where rhino horn is concerned.

3.     Legal products should be more cost-efficient to combat black market prices – again unlikely to apply to rhino horn where previous studies have estimated that legal horn would have to be sold at a minimum of $ 11,500 per kg to be profitable.

4.     Wildlife farming should not rely on wild populations for restocking – given that 30% of South African rhinos are privately owned, this criterion would be applicable.

5.     The laundering of illegal products into commercial trade should be absent – due to the high value of rhino horn and the extent of corruption concerned; the report also suggests that this is unlikely.

Without the actual legalisation of rhino horn trade and subsequent empirical data, it is challenging to draw specific conclusions regarding different potential outcomes. However, the report points to several areas where further studies would help, particularly concerning quantifying the demand and the extent to which this would increase should the sale be legalised.

The study concludes that though legalising trade in rhino horn would have a positive effect on captive rhino populations, this will probably not be sufficient to counteract the negative impact, including increasing demand by removing the stigma attached to purchasing the horn. The authors also acknowledge that there is an argument that rhinos should be conserved as a species, rather than prioritising wild rhinos, and that, in retaining the ban, the inevitable consequence is that less captive rhinos will be kept. If, despite best efforts, rhinos do go extinct in the wild, a lack of captive rhinos would complicate future reintroductions.

Nevertheless, the study concludes that regardless of the stance of legalising rhino horn trade, the debate should not prevent the relevant stakeholders working together to reduce corruption, increase rhino populations and reduce the demand, since neither approach will be successful otherwise.

The above is a summary of an extensive report, and reading it in full is recommended. It can be accessed here.