By NewsroomFebruary 13, 2020Conservation
No Comments

The Democratic Republic of Congo is home to a large-scale and prominent mining industry thanks to the country’s vast natural resource wealth. It is also home to some of the world’s largest national parks which today are largely depleted of their wildlife populations.

Robert Muir, director of the Forgotten Parks Foundation and chief park warden and provincial director for the Congolese Wildlife Authority (CWA), says that the country is in desperate need of support to help return some of the world’s most beautiful parks to their original states.

Through his position at the CWA which he took up in January 2017, Congolese French-fluent Muir is specifically responsible for uplifting two of the DRC’s national parks – Upemba and Kundelungu – “Which have long been forgotten and completely abandoned and decimated during multiple periods of armed conflict.

Wildlife populations have consequently crashed significantly – nearly 100 000 elephants from the area have been lost along with thousands of zebra and buffalo, as well as lion, leopard, cheetah, wild dogs and black rhino, he reveals.

“The landscapes are world-class and spectacular but largely devoid of wildlife. The parks themselves and the contiguous hunting blocks measure about the size of Belgium and the broader landscape the size of Switzerland – “an average sized European country which indicates just how huge and vast these areas are.”

Today there are less than 200 elephants in the two parks, less than 100 zebras and 130 buffalo. There are no big cats or wild dogs and the last black rhino was poached in 1954. 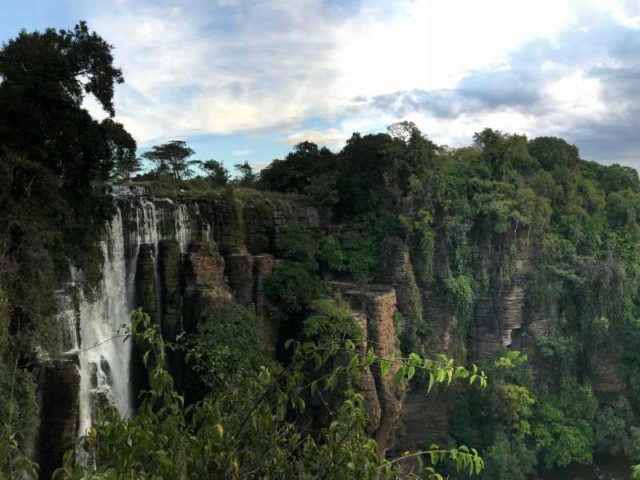 “Our job in essence is to halt the decline of wildlife in the parks, stabilise the existing populations and then return them to their former days of glory.” This to a large extent entails identifying illegal activities and the impact they have on the area and from there to address and mitigate all threats to these two national parks.

The work carried out by Muir and his team of 230 rangers (employed from nearby communities) is regarded as significant and he answers to the Director General.

Through the UK-registered Forgotten Parks Foundation which manages donations, the organisation is accountable to donors and partners to ensure funding and finances generated for parks is managed to international standards.

A project of this magnitude is enormous and “incredibly expensive” but the CWA has support from the German Development Bank (KFW), European Union and other partners and donors.

“But the resources required for an operation of this scale go well beyond classic and traditional conservation and environmental donors,” Muir notes.

“With such a well-established mining sector, all of which have an obligation through corporate social responsibility to invest in environmental protection, regeneration and restoration programmes, this initiative represents a great opportunity to contribute,” Muir states.

In doing so, it will help him and the DRC shine a light on this area and let people know that these parks actually exist. “The reality is that nine out of 10 people are not even aware that the parks are here.”

The rangers have done a “fantastic job” with minimal resources in making significant inroads into securing and stabilising the area. Kundelungu is safe with minimal poaching occurring across the park and all illegal mining in the south of the Upemba park has been eradicated.

With stabilisation efforts, now showing success, elephant and zebra populations are already on the rise.

“We have made significant strides in securing the Lufira valley which has been outside government control for over a decade. This is an important step in our efforts to expand the elephant population and provide them with security,” Muir notes.

“Beyond the wildlife population, we are also making sure these parks serve as green motors for sustainable, economic development.

“To achieve this, we are going to invest in education, agriculture, livestock and fisheries around the parks to make sure that the local communities derive positive benefits from their close association with the parks and that we have a win-win scenario between development and conservation.”

Examining these initiatives in greater detail, Muir reveals the intention to provide educational support to 100 schools around the two parks.

Additional programmes will focus on agricultural development, small livestock breeding programmes and improved fisheries management to boost the local economy and provide food for those communities.

“There are a number of important lakes under our responsibility and local communities have a legal right to exploit these resources – but with no knowledge of environmental conservation they have not been fishing in a sustainable way and so fish populations have crashed.

“By implementing good fishing practises we hope to enable local industry to generate fish protein as a dependable food source for our communities, which total around 200 000 people.”

Last, but not least, Muir wants to attract tourists to the parks, both nationally and internationally.

Comments from the Judges

“This is admirable work in bringing awareness to conservation in the DRC – a topic that receives inadequate attention.

“While not a direct mining-related project, the work they are doing is very important as it is offers a sustainable alternative to mining in the DRC and may have long-term social and economic benefits for the adjacent communities.”