By NewsroomOctober 22, 2019Conservation, Science and technology
No Comments

In the last few weeks in Malaysia, scientists desperately tried to repeat the success of a recent in vitro fertilization effort to save the northern white rhino, but in this case, with the Sumatran rhino, according to the Borneo Rhino Alliance. That nonprofit just led an IVF attempt with their lone Sumatran rhino, Iman, a female who is not healthy enough to carry a pregnancy, and using preserved semen from a recently passed away male, Tam, the last male Sumatran rhino in Malaysia.

Prior to poaching and habitat loss, the Sumatran rhino populated what are now several Asian countries, but today, almost all are in Indonesia. But as Mongabay reported, Indonesia has refused to share sperm from healthy male Sumatran rhinos in their custody. It led to the Malaysian side going it alone, and the effort has sadly been deemed a failure. In a risky, humbling procedure, on September 30th a single egg cell was extracted from Iman. On Oct. 1st it was injected with preserved semen from Tam and failed to produce an embryo. 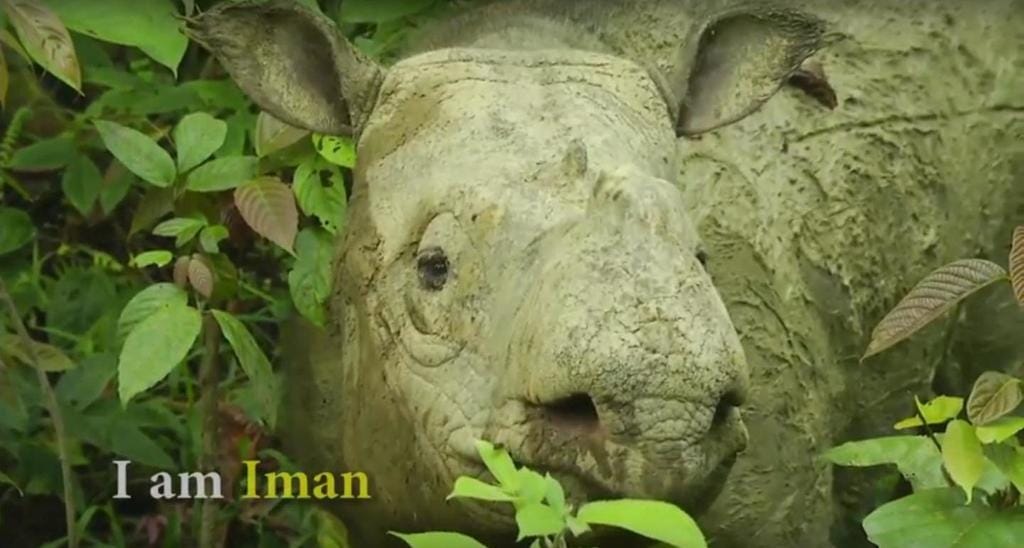 “Given that IVF in Sumatran rhino has been tried only about 6 times, we expect a high failure rate,” said John Payne, the head of the Borneo Rhino Alliance. “Iman’s egg cells are fine,” Payne told Mongabay. “Tam’s sperm quality is likely to be the main problem. Imagine taking sperm from a 70 year old man with kidney disease”, he said.

Conservationists have been frustrated that healthy sperm from Indonesia was unable to be used and that Iman’s valuable genetic diversity may go to waste. Mongabay reported that Malaysian officials said the IVF efforts would continue and are urging Indonesia to help by providing sperm. A possible path could be to send an egg from Iman to Indonesia for an IVF attempt there. But time is ticking: Iman has faced enormous health problems herself, is not getting any younger, and Mongabay said the paperwork to finalize the deal has still not been completed, with the two countries last meeting in August.

Rhinos around the world face an existential threat due to the demand for rhino horn, which primarily comes from China and Vietnam. In a previous Helping Hand interview, John Payne told HPR that China has played a historic role in the demise of the Sumatran rhino, with evidence of poaching for Chinese demand going back hundreds of years. Today there are only thought to be about 80 of the animals still alive, mostly separated from each other by human development, unable to breed. Even more precarious for the rhinos, the international separation, and inability to achieve an agreement for cooperation between Indonesia and Malaysia, has prevented scientists from pooling their resources to save among the rarest living creatures on Earth.

Do you know what a rhino sounds like? The Sumatran rhinos are said to be the most vocal rhinos, sometimes called the “singing rhinos”. Hear or download Iman’s squeak and view the original story to click and download her vocalizing as a ringtone.