Worth far more alive than dead—every elephant and lion right down to the lowliest plant and bug.

By Peter BorchertMarch 24, 2021Editorial
No Comments 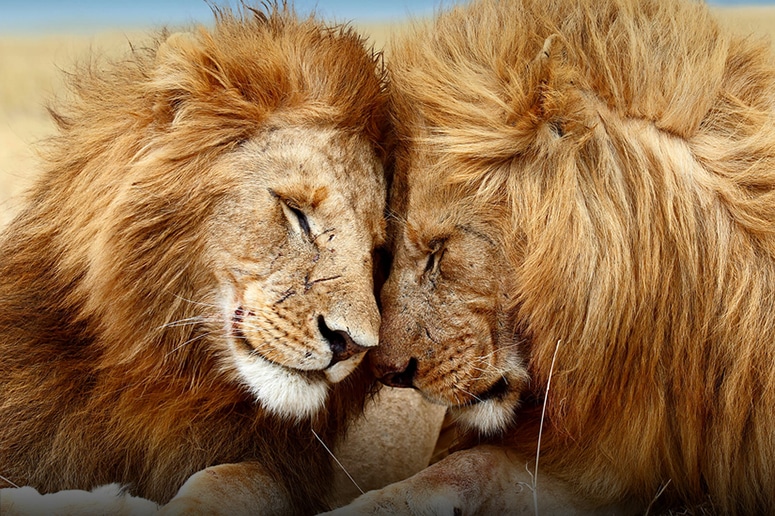 “How come the most intellectual creature to ever walk Earth

is destroying its only home?”

How do you value an elephant, or a lion, or any wild animal? Or any wild plant, for that matter? It may seem rather pointless, frivolous even, to bother with such things. But as it stands, with report after report telling us that wildlife populations are tumbling at a frightening rate, shouldn’t we be assessing this loss in monetary terms in addition to our emotional reaction of shock and horror?

WWF’s Living Planet Report (LPR) for 2020 tells us, “our planet is flashing red warning signs.” And the report’s companion Domesday Book, the Living Planet Index (LPI), reveals an average 68 percent fall in the populations of monitored vertebrate species between 1970 and 2016. For America’s tropical subregions, the situation is an even more calamitous decline of some 94 percent. Plant species, too, are in frightening freefall.

It’s hard to get one’s head around things like this. But imagine a house built of thousands of bricks, pieces of wood, roof tiles, mortar, and nails. If not maintained, sooner or later, a tile will fall from the roof, possibly loosening a brick in the process. Wind and water will nag at the scar until another tile falls, and then another and an exposed rafter starts to rot and weaken. Maybe the loosened brick breaks away and falls to the ground. To begin with, the decline is gradual, and the home doesn’t look much different from the day it was completed. But eventually, a gable crashes, taking part of the roof with it. The structure grows weaker and weaker, and the process of ruin accelerates. The building’s integrity is finally lost, and all that remains is a pile of bricks, tiles, and a few bits of rotting wood. What was once a fine sturdy home has been lost forever.

Think of each brick and tile as a part of the population of a species or group of species, and you begin to see what is happening in Nature. There is one important consideration, though. Simple neglect and the elements have destroyed our hypothetical house. In the collapse of natural systems, however, we humans are the agents of destruction. It is as if we have taken sledgehammers, wrecking balls, and bulldozers, and deliberately and determinedly are breaking our home. It is the equivalent of wantonly destroying what for the world’s most fortunate few is probably the single, most valuable asset of their lives.

My metaphor is simplistic, of course. But perhaps it does serve something of the purpose of showing just how nonsensical our behavior towards Nature really is. Also, it introduces the notion of an asset. Nature, like our house, is an asset, and as such, we should be responsible and try to understand its value.

However, something inside of me rankles at valuing Nature, and its component elements, as assets. It seems rather crass to describe all the wonders of the natural world in the currency of economics. Somehow ownership doesn’t seem an appropriate concept for a beautiful forest tree, a butterfly, an octopus, or an elephant. As a highly creative species of extraordinary ability, our imaginations seem sadly limited in this respect, for we find it nigh on impossible to see anything tangible other than in terms of its monetary value—as an asset to be owned or at least coveted. So, accepting that flaw in our make-up, we are obliged to return to the business of auditing and valuing Nature’s bounty in the only way we know.

Already an enormous body of work has been done in this field. But only recently. For all of time up to the beginning of this century, we have seen the bank of Nature as a limitless and free resource, something to plunder without any thought of consequence. We could do that, of course. For even in the boom years of the 1950s, when development and wealth began to accelerate like stars and solar systems being drawn towards an unseen black hole, our population was such that the planet could still absorb our excesses. So, with little or no thought of the cost, we began to clear forests and grasslands for food production and pollute and strip the life out of rivers, lakes, and the oceans. The cost, both social and economic, has, of course, not only been immense but also accumulative. Then in the early 1970s, it dawned on us that we had started to take more from the earth than its systems could replenish in a given year. In 2006, Earth Overshoot Day came about to highlight the day each year when we enter a period of resource overdraft with seemingly no mechanism for repaying it. The trend is inexorable. Every year—but for the aberration of the Covid-19 year of 2020—overshoot day comes earlier and earlier. The only way to buck the trend would be to make a U-turn and enforce a discipline to which we appear unable to commit ourselves.

The Living Planet Index (LPI) for 2018 revealed that natural systems underpin all economic activity—this places a current value on Nature of some US$125 trillion. Then, in 2020, The World Economic Forum reported that $44 trillion of economic value generation—over half the world’s total GDP—is moderately or highly dependent on Nature.

And as you begin to drill down, the riches become even more manifest. We are at last beginning to understand that every single grass, every bee and termite, every whale, orchid, and gorilla has value and, therefore, a contribution to make. We know that elephants, for instance, each have a value over their lifetime of US$1.6 million. Considering that we have more than 400,000 elephants in Africa, that means that this single species has a value of $640 billion. There are possibly 20­–25,000 wild lions in Africa, each with a lifetime value of $3.5 million. This adds a further $70–90 billion to the asset register. Anyone doubting the value of these cats, I suggest you read The New Lion Economy. If one were to carry on in this vein for every wild creature and plant, even the lowliest would have a lifetime value way above any value from poaching, trade, or hunting.

Nature by any measure is worth more alive than dead. This being so, it makes absolute sense to protect every forest, every swathe of grassland, and every stretch of ocean, together with all the creatures living there. To do so would cost a fraction of their value. And before criticism is leveled for putting animals before people, nothing could be further from the truth.

These values amounting to trillions upon trillions of dollars have been calculated and scrutinized by the finest economic and financial minds of our time. So why waste time? Let’s get cracking and build on them right away. A new nature economy could generate up to $10.1 trillion in annual business value and create 395 million jobs by 2030. If we could just turn this promise into reality in Africa, in less than a decade, the continent would be rapidly transforming from scratching a living at the edges of the global economy to real prosperity for all.