By NewsroomSeptember 26, 2019Rescue and rehab
No Comments

NAIROBI: The World Wildlife Fund has rejected the findings of a Kenyan parliamentary inquiry that said the conservation group pushed Kenyan authorities to speed up a botched relocation of 14 rhinos last year that led to the deaths of 11 animals.

The deaths of the endangered animals, being moved to a more secure home in the face of the threat from poachers, were a major embarrassment to Kenya, which sells itself as destination for wildlife tourism. The inquiry said WWF, which donated $1 million for the relocation in June 2018, applied pressure on KWS to speed up the process in a bid to generate positive publicity and secure funding for itself from Germany. 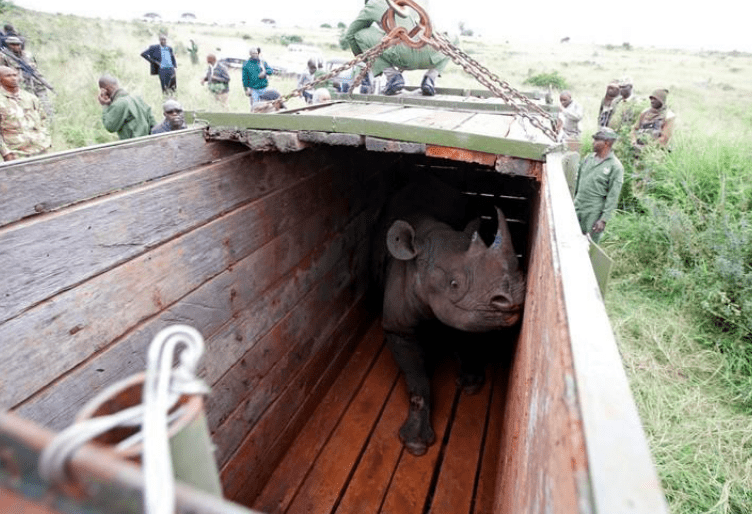 Original photo as published by Reuters: A female black Rhino stands in a box before being transported during rhino translocation exercise In the Nairobi National Park, Kenya, June 26, 2018. (REUTERS/Baz Ratner/File Photo)

WWF denied the allegations in the inquiry report, which was made public last week, saying KWS had carried out hydrological surveys and given assurances the park was safe and suitable.

“At no point either before or during the translocations were any issues raised about the quality of the water on the site,” WWF said by email.

“We would never push for a translocation to go ahead against the recommendations of the relevant experts. This was a tragedy we hope will never be repeated.”

The parliamentary committee’s inquiry said the relocation took place during a period in 2018 when the term of one KWS board had ended and before a new one had begun, creating a lack of oversight. The report said KWS’s former board of trustees had rejected the relocation three times in part because of the high salinity levels of the drinking water in the park.

The report said Najib Balala, the minister of tourism and wildlife, should take overall responsibility for the rhinos’ deaths because he delayed the appointment of the new KWS board.

However, Richard Leakey, former chairperson of KWS, told the inquiry: “WWF-Kenya, as the funding entity, was alleged to have had a major interference on the board resolution against the translocation, and consequently pushed for the exercise after the exit of the board.”

WWF said it was saddened by the loss of the rhinos and it fully recognized the “serious failings of this operation”.