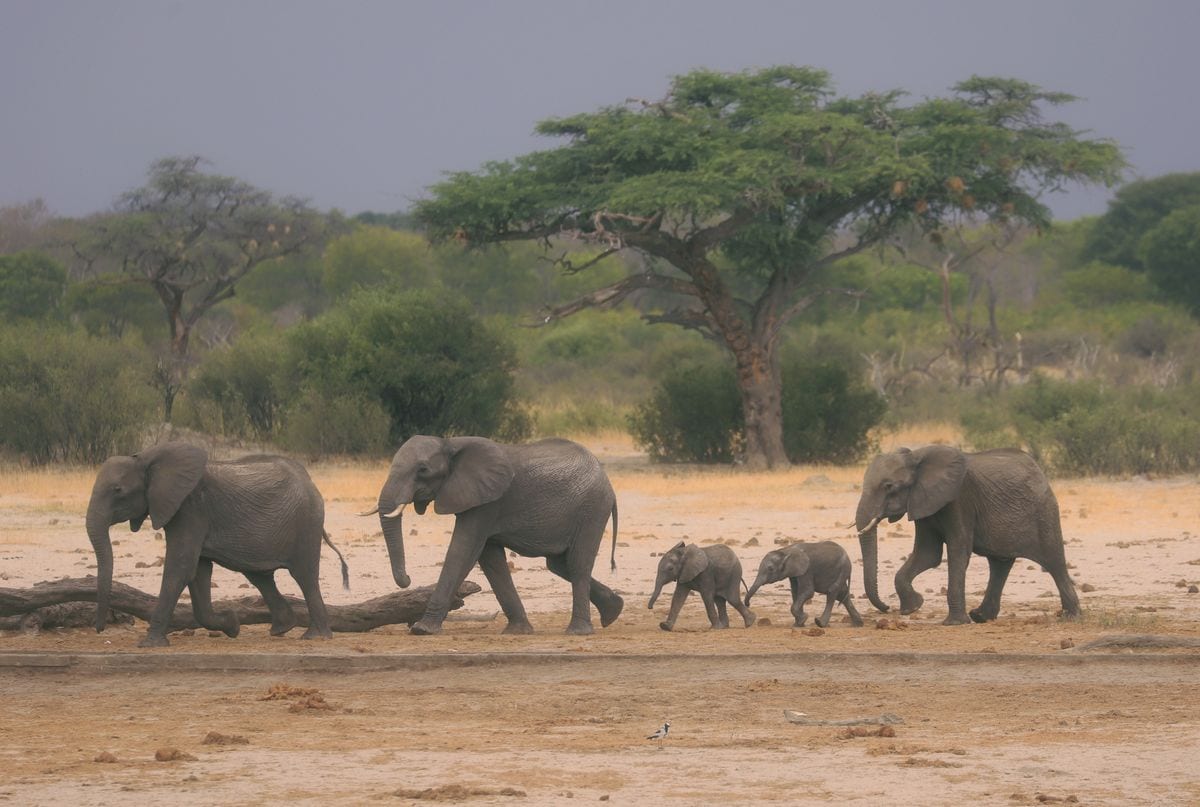 HARARE, ZIMBABWE: An environmental group in Zimbabwe has applied to the country’s High Court to stop a Chinese firm from mining coal in Hwange National Park, which hosts one of Africa’s largest populations of elephants.

The Zimbabwe Environmental Lawyers Association argues that the creation of a coal mine in the park by the Zimbabwe Zhongxin Mining Group Tongmao Coal Company (Pvt) Ltd would cause “devastating” ecological degradation and force wildlife to flee.

The mining may cause a decline in tourism and decrease the incomes of local residents who rely on it for income, while poaching and conflict between people and wildlife could increase, the organization argued.

More than 45,000 elephants are estimated to live in Hwange park along with more than 100 mammal and 400 bird species, including buffalos, leopards, and lions, that are already struggling for food and water in the vast savannah due to a prolonged drought.

The mining license was granted by President Emmerson Mnangagwa’s government to the Chinese firm in February, 2019, and the firm has started exploratory work in the park, according to Bhejane Trust, a wildlife conservation organization which works in the park in partnership with the national parks agency.

Drilling, land clearance, road-building and geological surveys related to the planned coal mining project inside the park, which sprawls for more than 5,600 square miles, pose a threat to the reserve, the organization said in its application filed this week.

“There is acute risk of irreversible ecological degradation including unmitigated loss of animal and vegetative species, reduction of animal habitats of many rare species including black rhino, pangolin, elephant, and wild (painted) dogs,” said the organization.

The mine is planned to cover 105 square kilometers (40.54 square miles) in the Sinematella Camp area of Hwange park, according to court papers. The area is “one of the two only heavily wooded segments of the National Park comprising of mineral springs, salt springs, thermal springs, ecologically active waterholes, various dams and pans,” said the document. The mine may pollute the water sources in a perennially dry area of the park, said the document.

The area for the proposed mine “represents the only habitat with black rhino in the whole of the Matabeleland North province and provides a vital safe haven for these and other endangered and specially protected animals,” said a statement by the Hwange Area Stakeholders, a grouping of interested parties such as safari operators, animal welfare groups and residents.

The legal effort to stop mining in Hwange park comes as Zimbabwean wildlife officials are investigating the cause of the deaths of more than 20 elephants in a forest area near the national park. It is suggested that the young elephants that died may have eaten poisonous plants because normal vegetation has dried up from lack of rainfall.

Zimbabwe, constantly plagued by power shortages, is heavily reliant on coal and hydropower for electricity. Chinese firms have been involved in multi-billion dollar projects to boost coal-fired power plants. Several Chinese firms also mine gold, diamonds and other minerals in Zimbabwe.

The country’s ministry of environment, climate, tourism and hospitality on Monday said the government “will pronounce itself” on the matter “in the next few days.”