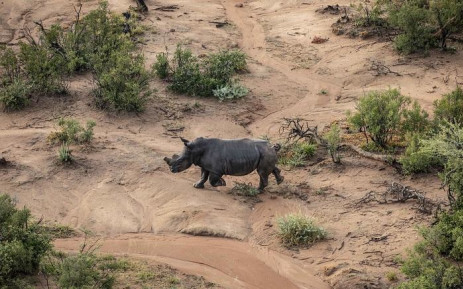 A bull rhino. Image: As originally published by Eyewitness News.

A conservation group in Zimbabwe said that one of its top investigators was attacked by suspected rhino poachers earlier this month.

The group said that the attackers tried to burn the investigator alive.

The horrifying attack took place near a tollgate on the Harare-Beitbridge road.

The International Anti-Poaching Foundation said that its 28-year-old investigator was stopped in his car and had his hands tied with shoelaces.

His car was doused with fuel and set alight. The investigator, who hasn’t been named, managed to escape but suffered serious burns and is recovering in hospital.

IAPF chief executive Damien Mander said it appeared this was a revenge attack following the arrest of suspected rhino poachers in Beitbridge.

Beitbridge is close to the Bubye Valley Conservancy, whose black rhinos have been targeted by poachers in the past.