The Zoological Society of East Anglia, the charity which leads Banham Zoo, has donated £25,000 to a South African rhino conservation project.

The money was raised during fund-raising events last year and has gone to Save the Rhino International, which is based at the Hluhluwe-iMfolozi Park.

The money will be used for the fuel and maintenance of the park ranger’s light aircraft. 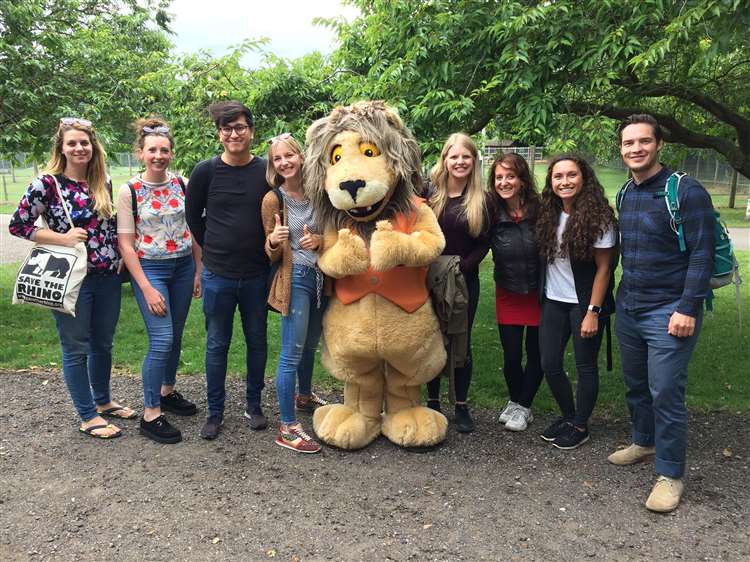 Original photo as published by Diss Express: The Save the Rhino team at ZSEA’s Africa Alive in 2018.

Gary Batters, director of zoos for ZSEA, said: “Over the years I have had the pleasure of working with a good number of rhinos in various zoos, they are magnificent and, despite their reputation, very gentle animals.

“It is a tragedy that they are so threatened in the wild. It gives the staff at ZSEA enormous pleasure to be able to support such great conservation work.”

The Hluhluwe-iMfolozi Park, renowned worldwide for being the historical home of the Southern white rhino, is believed to be the oldest nature reserve in Africa.

Cathy Dean, chief executive of the conservation project, said: “The released statistics for 2019 show that although overall rhino poaching numbers in South Africa decreased, as compared with previous years, it is still a major threat.

“ZSEA’s very generous grant of £25,000 enables the ‘eyes in the sky’ so vital for rapid response follow-up to reports of poaching incidents. In addition, the plane is used for rhino monitoring, for flying routine deterrent aerial patrols, and to search for any predators that have escaped through the fence into neighbouring community-owned land.”